Every year at Artscape artists from the Mid-Atlantic region create rolling pieces of art out of cars and bring them for display, as well as a short parade. In 2010 BROS was gifted a 1988 Saab 900 and $500 by our friend Jim Luccio with the stipulation that we do something cool with it, and The Brothership was born as an Artscape Art Car. We're pretty sure Jim is satisfied. Made from a 1988 Saab 900, the Brothership is an in-your-face behemoth of unrestrained rock power that features a rooftop stage for air guitar contests, unfurling golden wings, a treasure chest beer cooler, and a big honkin' skull on the hood. The Brothership was our chariot and centerpiece for many years at street festivals in Baltimore, Philadelphia and DC, but has since been retired due to it being made from a 1988 Saab. 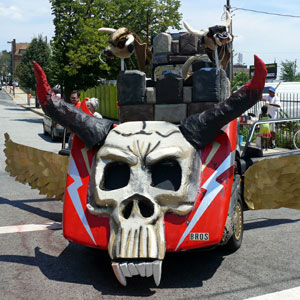 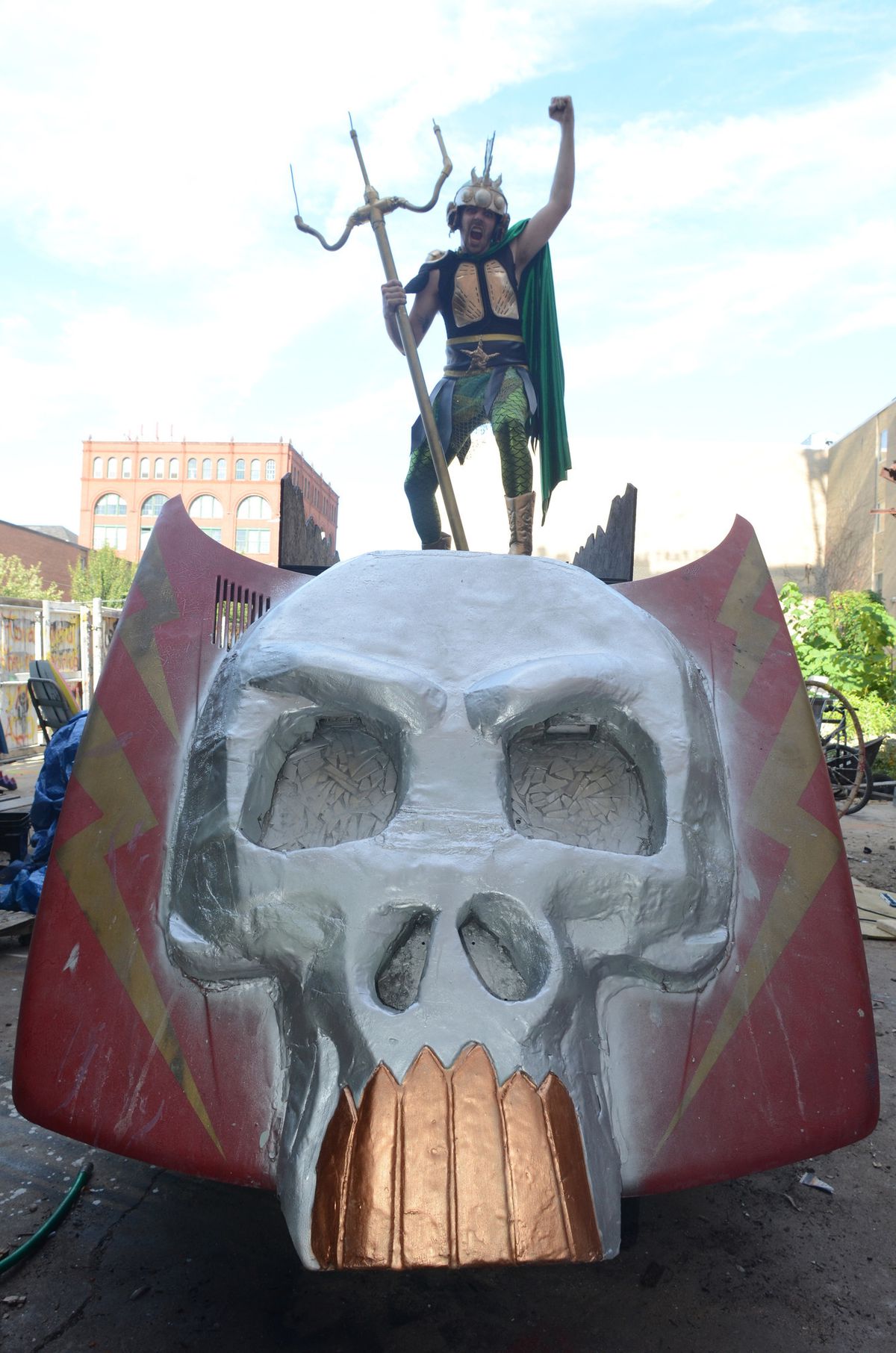 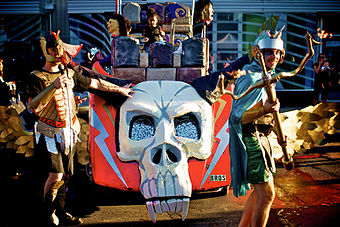 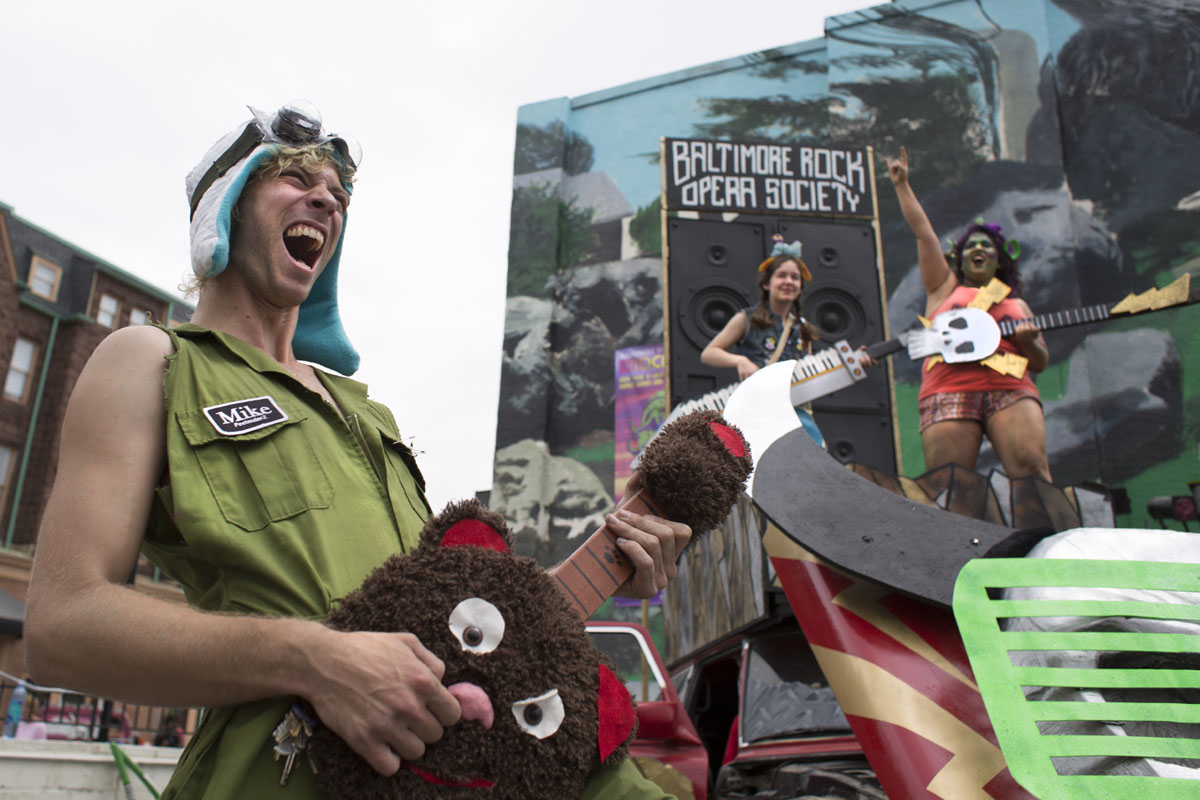 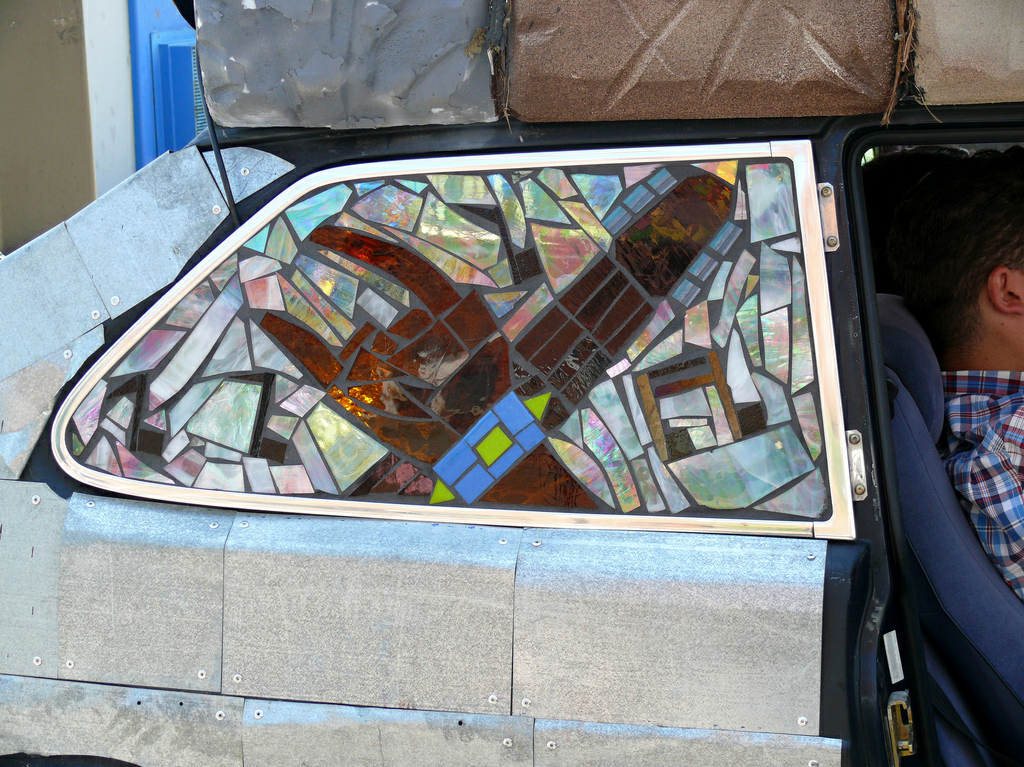 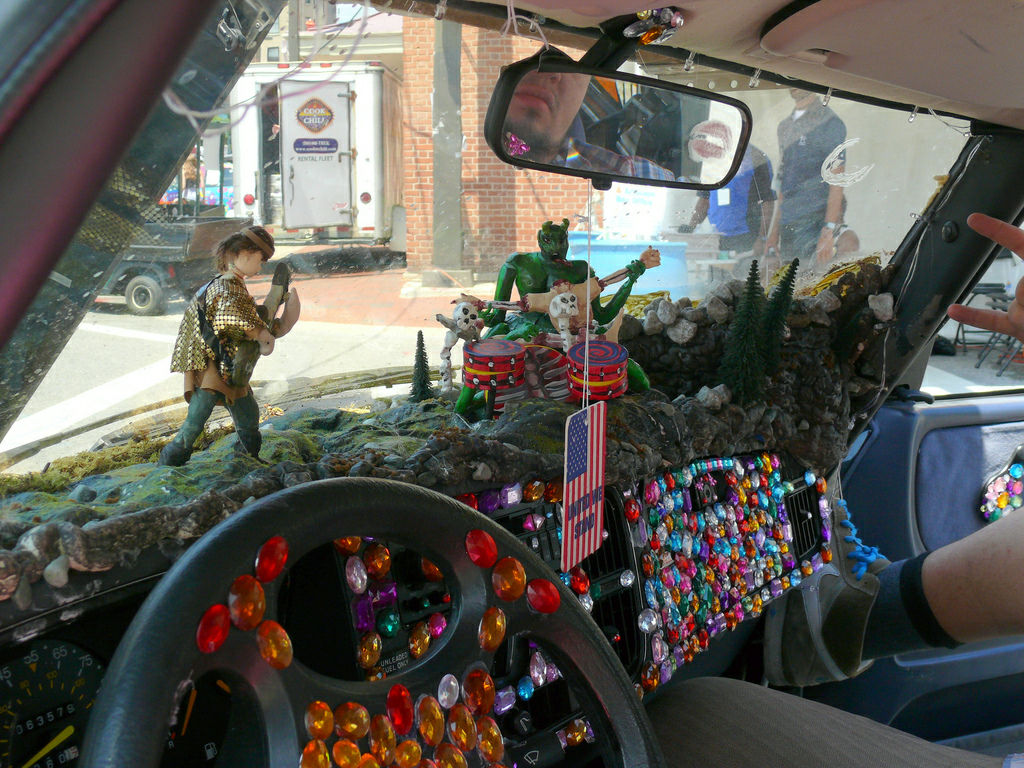 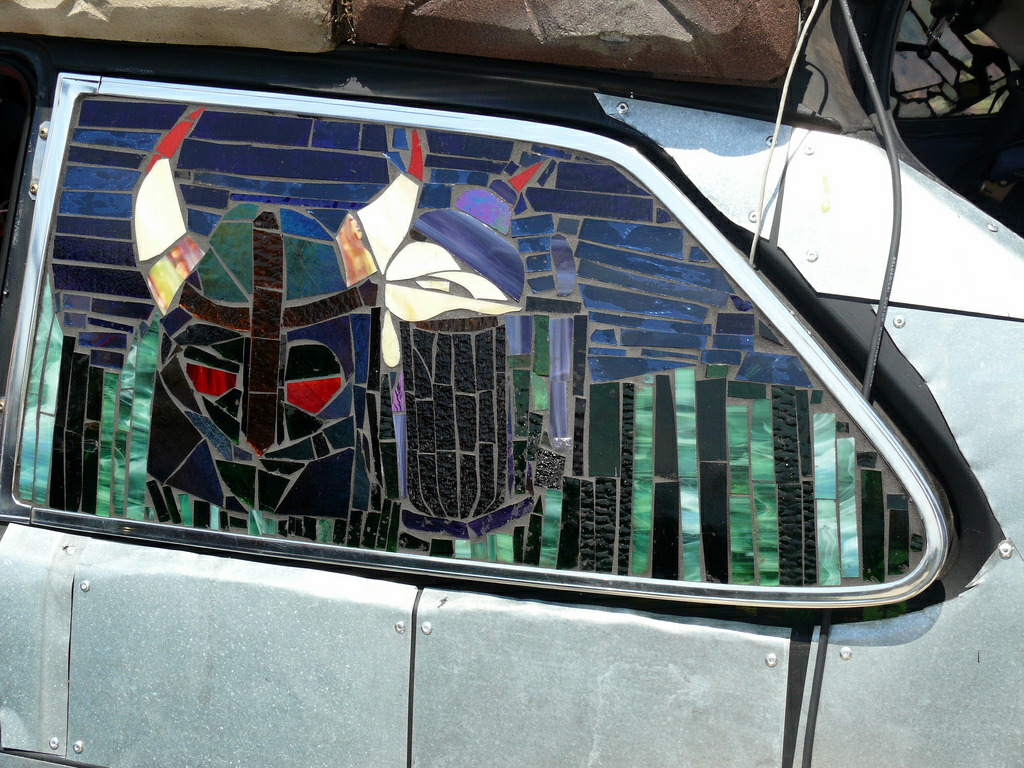 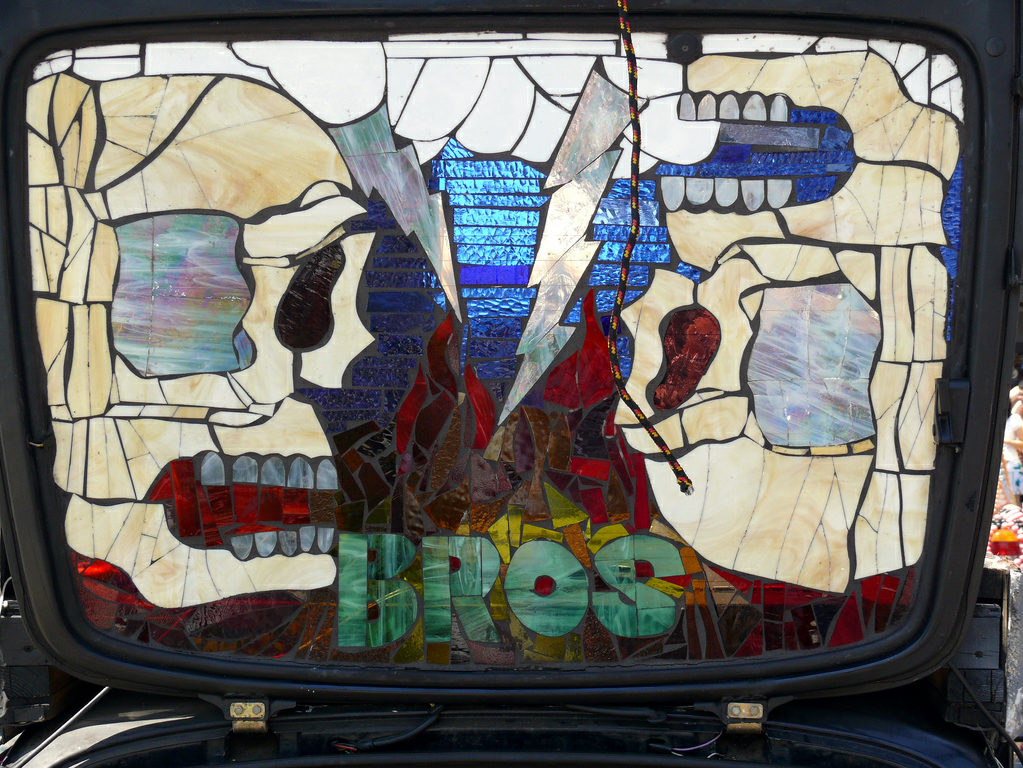