Stewards and protectors of the company’s mission, these experienced community members often serve on multiple committees dedicated to company growth, fiscal oversight, legal compliance, budgeting, contracts fundraising and lots of other special projects. They clear the way for the staff and volunteers to do the work that makes this company great! Email the BROS Board of Directors - board@baltimorerockopera.org

Dan considers himself a superfan of rock opera. Hooked after seeing Gründlehämmer in 2014, he has tried to attend as many BROS events as possible. Previously Dan was a member of the board of trustees for the American Visionary Art Museum, WTMD (board vice-chairman), and the Jemicy School (board treasurer). With almost twenty years in the global commodities business Dan is now involved with growing a group of outpatient opioid addiction treatment clinics called MATClinics. Dan has been in Baltimore for 15 years and is resigned to making it his final resting place. Dan has a wife and some kids; two dogs too, for now. 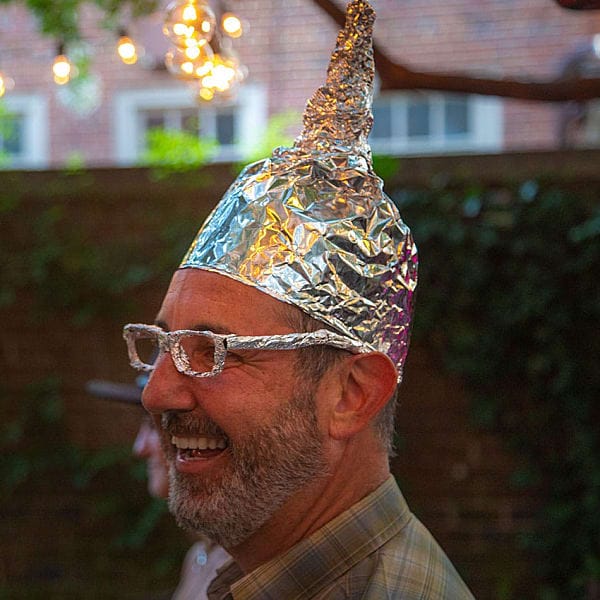 Dylan Koehler is a proud founding member of BROS, and shares writing credits to some of the most epic moments in the early repertoire including Gründlehämmer (2009, 2014) and Amphion (2011, 2016). Serving as BROS’ Managing Director for several years he oversaw the move to BROS first headquarters and two touring shows. Dylan has extensive experience other nonprofits as a grantwriter and program manager. He earned an MBA from the University of Notre Dame and now works as a Financial Analyst with Applied Materials in Santa Clara, CA. His legendary love for pizza encompasses nearly all shapes, sizes, and toppings. 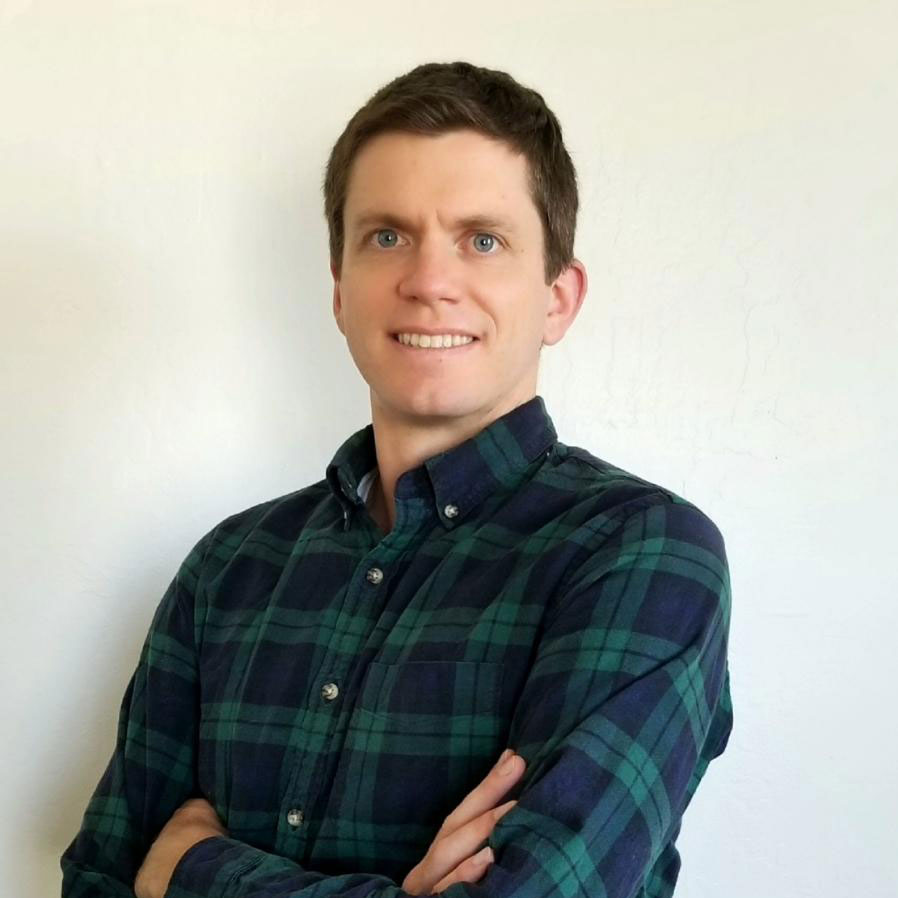 Claudia is the Vice President of Economic Development at Downtown Partnership of Baltimore with a focus on research, business recruitment, retention and expansion, creative place-making and artist enhancement. Prior to her role at DPOB, she was the Special Assistant in Economic Development in the Baltimore Mayor’s Office. Claudia also has experience at the United States Department of State, working in the Office of East Asian and Pacific Affairs, Public Relations Office. She holds a M.A. in International Policy from Georgetown University, a B.A. in Economics from UMBC and an B.A. in Political Science from the University of Manoa, Hawaii. She currently lives in Baltimore City with her partners and energetic nine year old daughter. 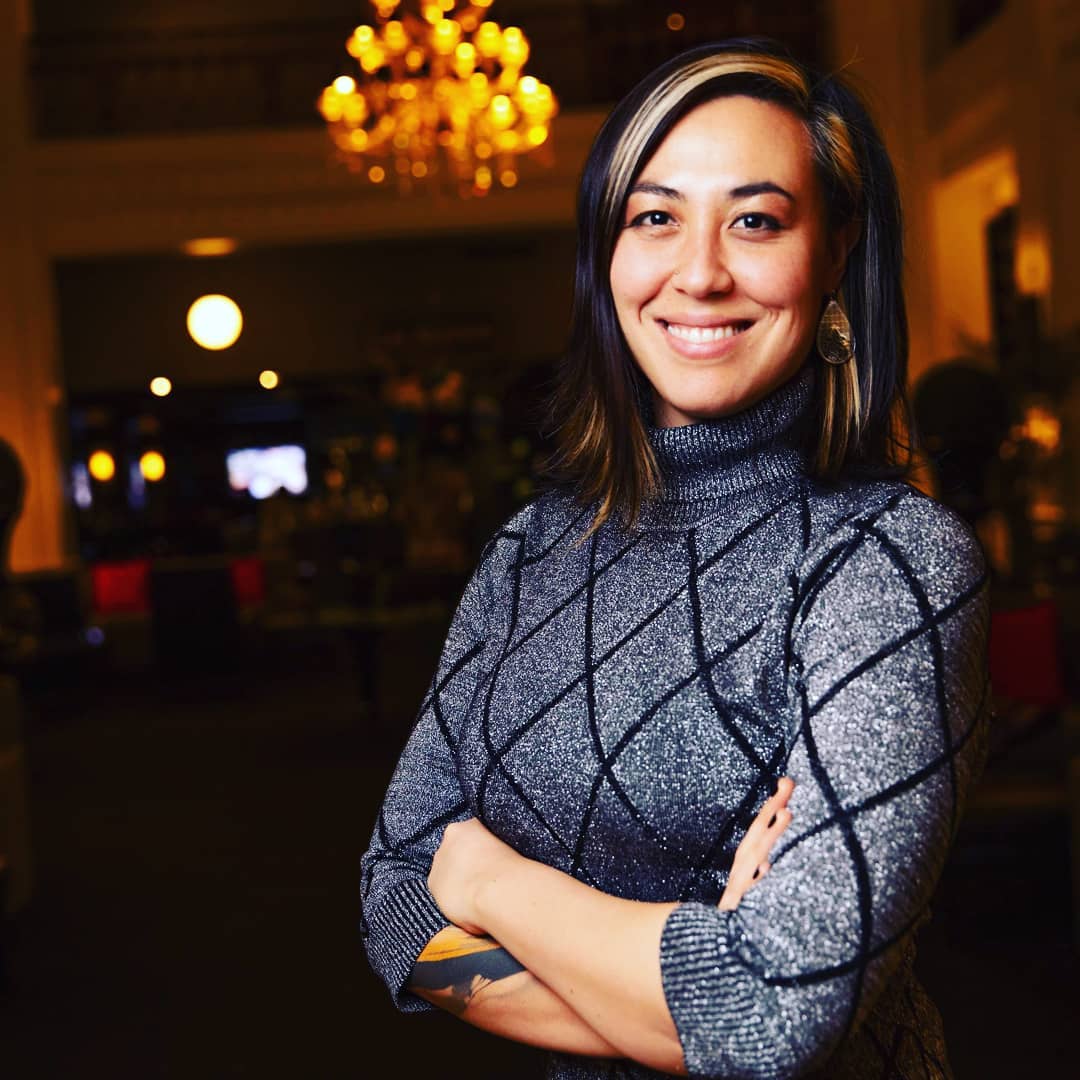 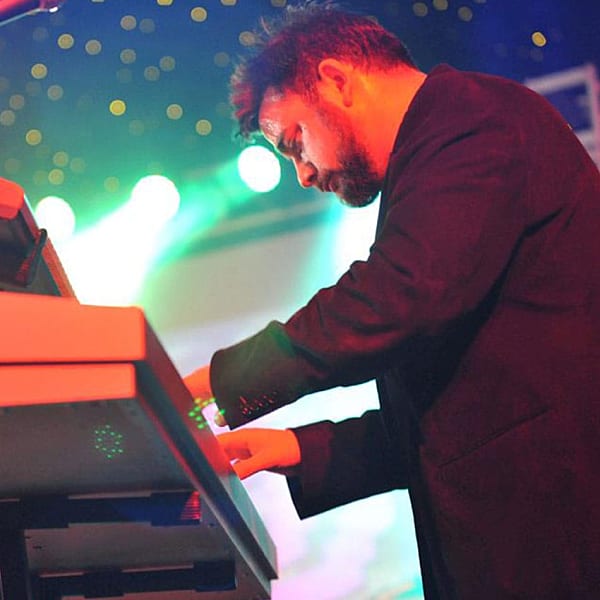 I'm Claire, a new member of the BROS board. I've been a fan of BROS since I walked through a balloon colon and into the Hallowiener Sphinctacular in 2013. My fiance, Corey Tappan, has been in the band for a few BROS shows and has introduced me to the amazing community that creates these shows. It's an honor to join the ranks in my own small way as a board member. I am a lawyer by day, asleep by night and making cheesy jokes all the time. I'm excited to apply my legal skills/knowledge of the dark arts to BROS' benefit! 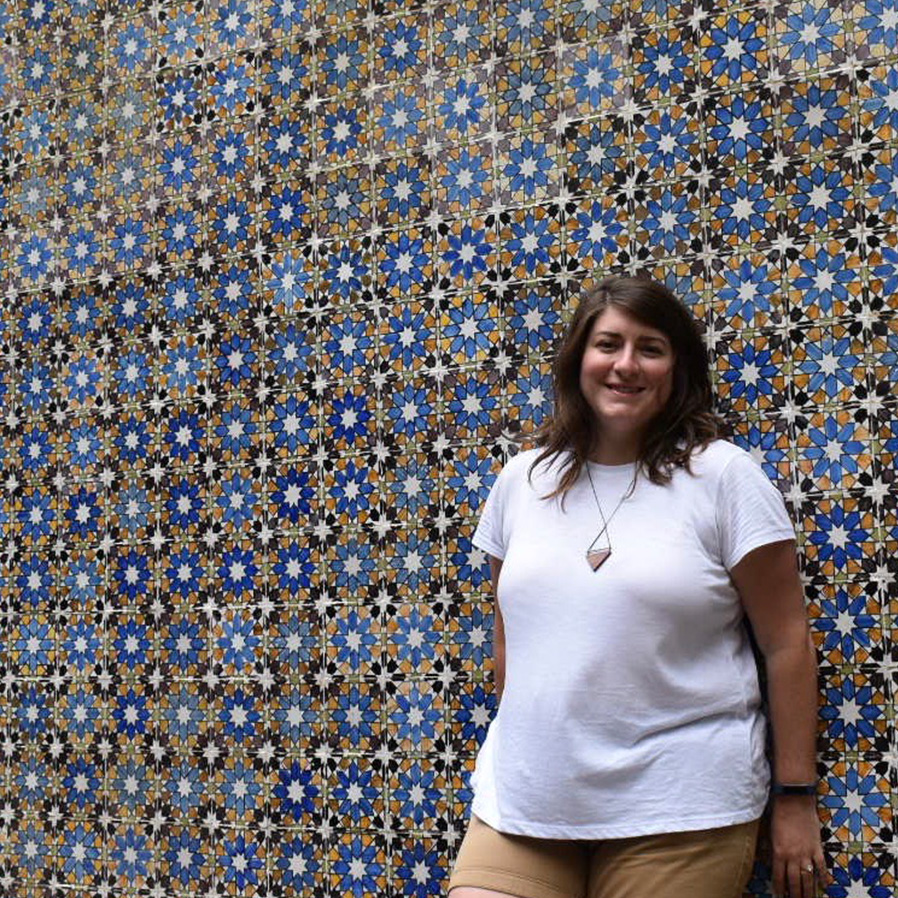 Vicky Schneider hails from Pittstown, NJ and has been a Baltimore resident since 2001. She holds a BS from the University of Massachusetts, an MS from Johns Hopkins, and Ph.D. in F.U.N. She is passionate about creating experiences that will have guests buzzing even after the music has stopped and hope to bring some of that enthusiasm to the BROS experience. She volunteers with the Creative Alliance and plans events with Case in Point Creative when she's not building community for the Johns Hopkins Alumni Association. When she's not kicking around with her husband, son and canine companion, Vicky loves to travel, cook for friends and explore the Charmed City! 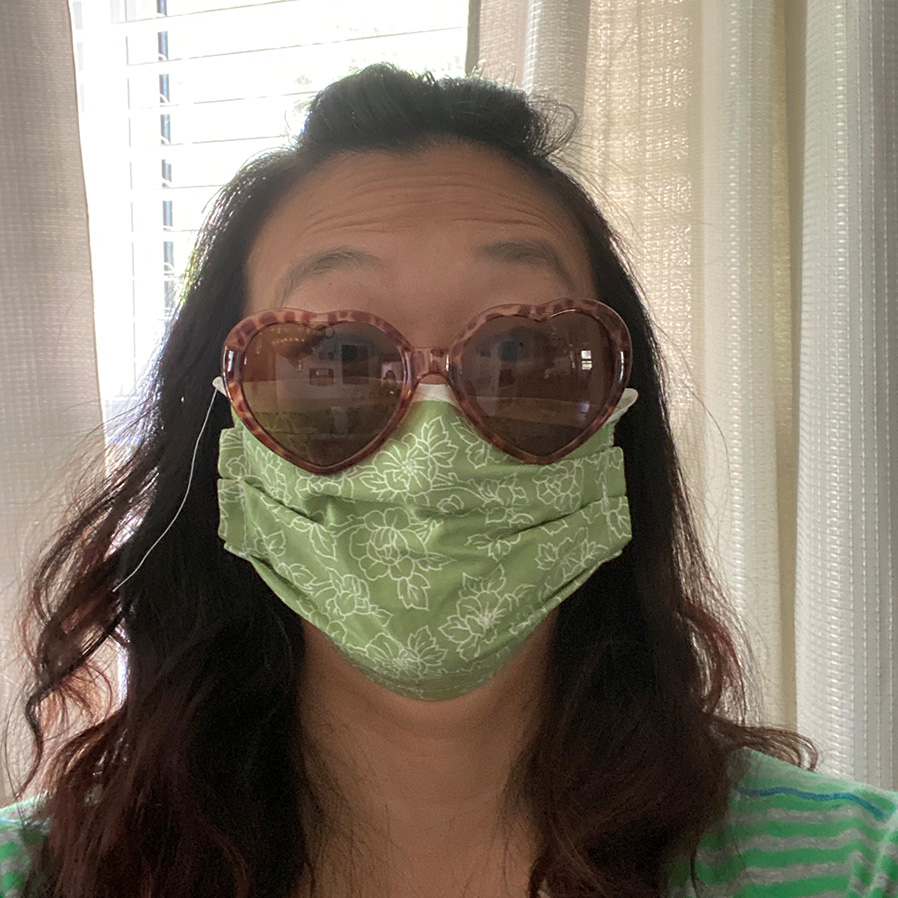 Aran is a Baltimore-based director, multi-instrumentalist, DJ, writer, producer of music and performance, graduate of Goucher college. He is a founding member, former Artistic Director and current Executive Director of the Baltimore Rock Opera Society (BROS). When not working with BROS, he plays tenor saxophone and runs the DJ company Ridiculous Entertainment as well as working in live event and audio production. Favorite BROS credits include directing and co-writing Gründlehämmer (2009, 2014) directing The Battle of Blue Apple Crossing (Constellations & Crossroads 2018) and playing Batula in Rats! from 2015's Rock Opera 6-pack. 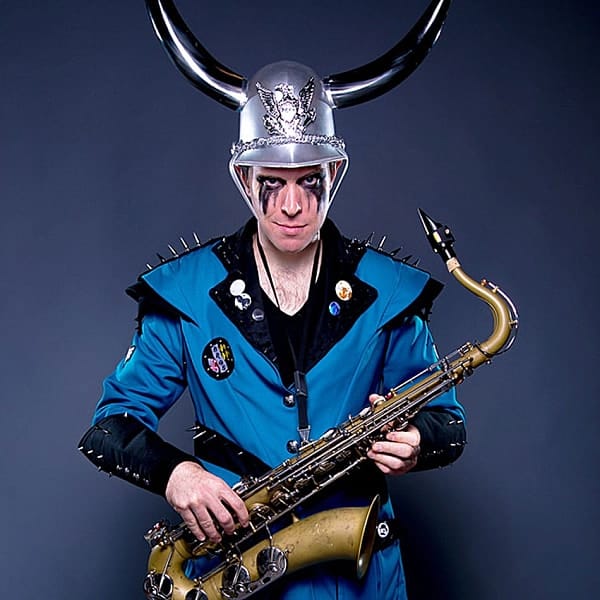 The BROS Artistic Council is composed of veteran BROS each with a long history of excellence in building and working on BROS shows. They help shape our programming and ensure that all our work is a great example of the BROS aesthetic. They also manage the pitch party and pitch selection process. Email the BROS Artistic Council ac@baltimorerockopera.org

Corey Hennessey is an actor, director, musician, and professor based in and around Baltimore, MD. He holds an MFA in Theatre from Towson University, where he also teaches, is one half of music duo Snake Charm, and is the originator of the White Wing Dove project in Baltimore. He also loves the color orange and his dog. 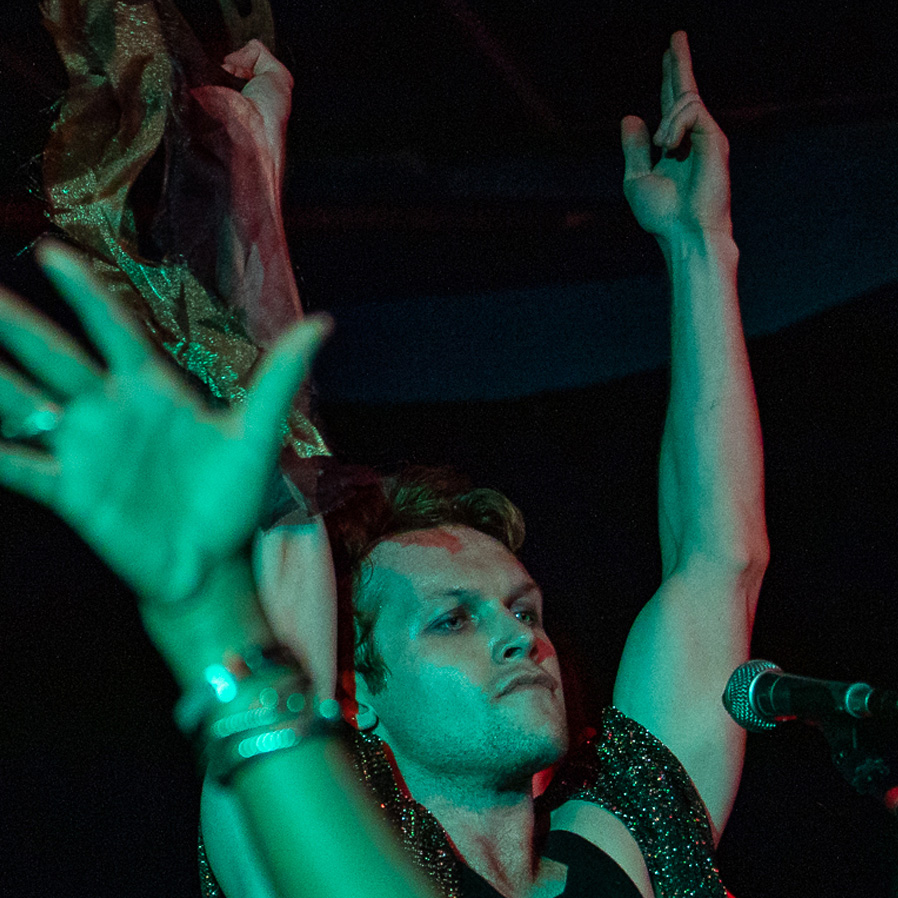 Judy Kurjan-Frank is a Baltimore based dancer, choreographer, movement educator, and movement analyst. She has performed and taught all over Maryland, Virginia, Washington DC, New York, and Uganda, and has been dancing and choreographing for the BROS since 2012. Judy taught dance in public schools for nearly a decade and more recently taught yoga at several local studios and creative movement to toddlers in Hampden. She is currently full time mom-ing her precocious four year old and adorable brand new baby. 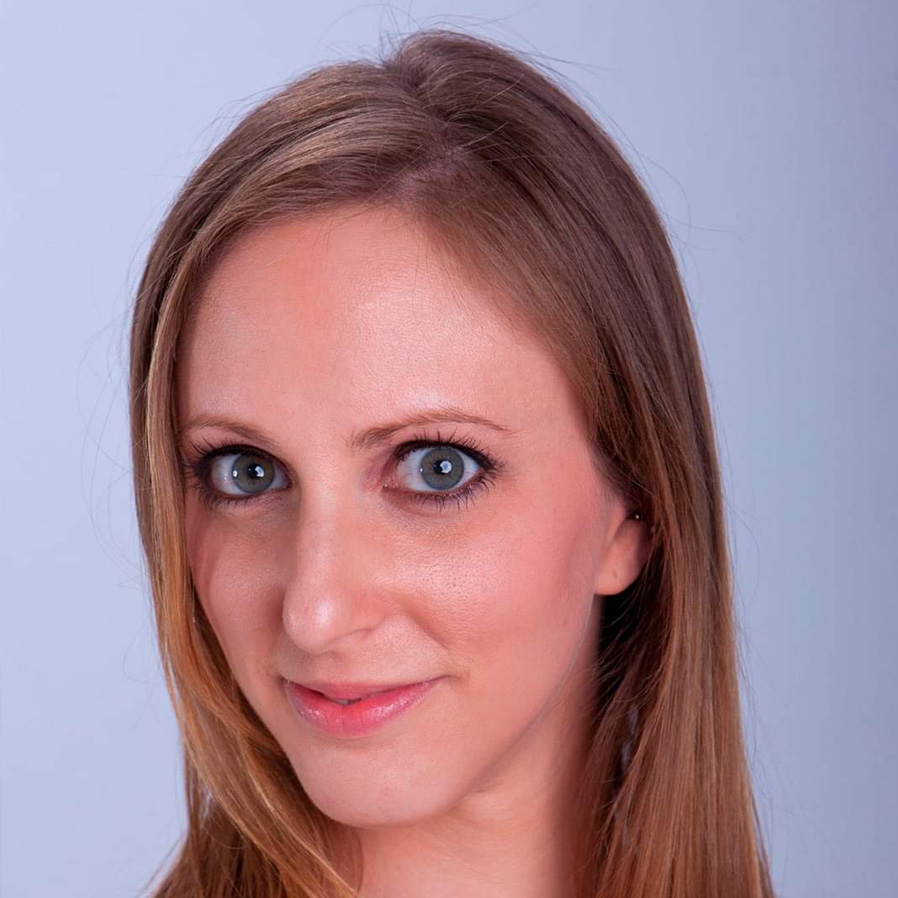 Zach is a builder-maker of habitats, sets, stories, furniture, songs, special effects, and codswallop. He is a 15+yr resident of Baltimore city and a MICA alum. By day he works at the National Aquarium in Baltimore and by night he volunteers and has worn a variety of BROS hats starting in 2013. Past roles include Mothertrucker (tour logistics), Production Manager, Script/Song writer and Set designer. He is also a proud supporter of social justice organizations and has pledged to make BROS a space that amplifies the voices of Black and Brown people in Baltimore. 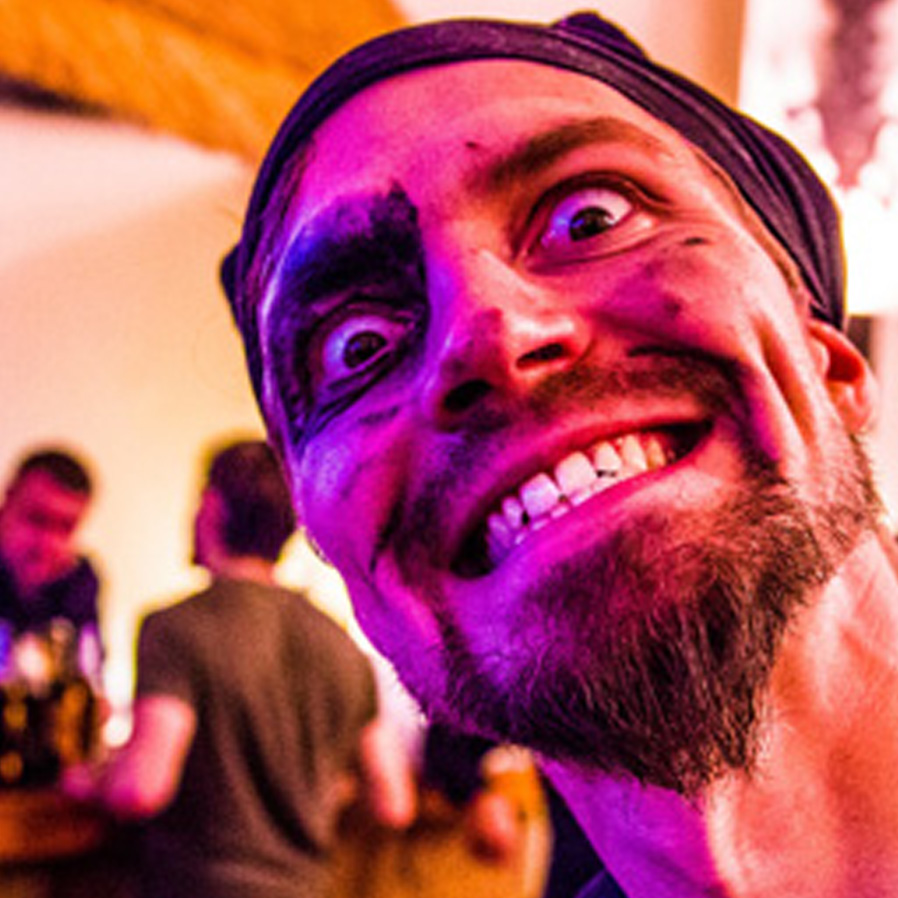 Carson Jess Korman is a musician, composer and professional educator. He first performed with the BROS in 2014 as bass player for the touring show Electric Pharoah. He has since worked closely with the company in musical roles including musical direction and composition for Brides of Tortuga, bass guitar in Welcome to Shakesville and various BROS legacy bands. He is an educator in both public school and private settings, and can be found performing anywhere from swing dances with the New Old Fashioneds to head-banging metal shows with his band Snakefeast. 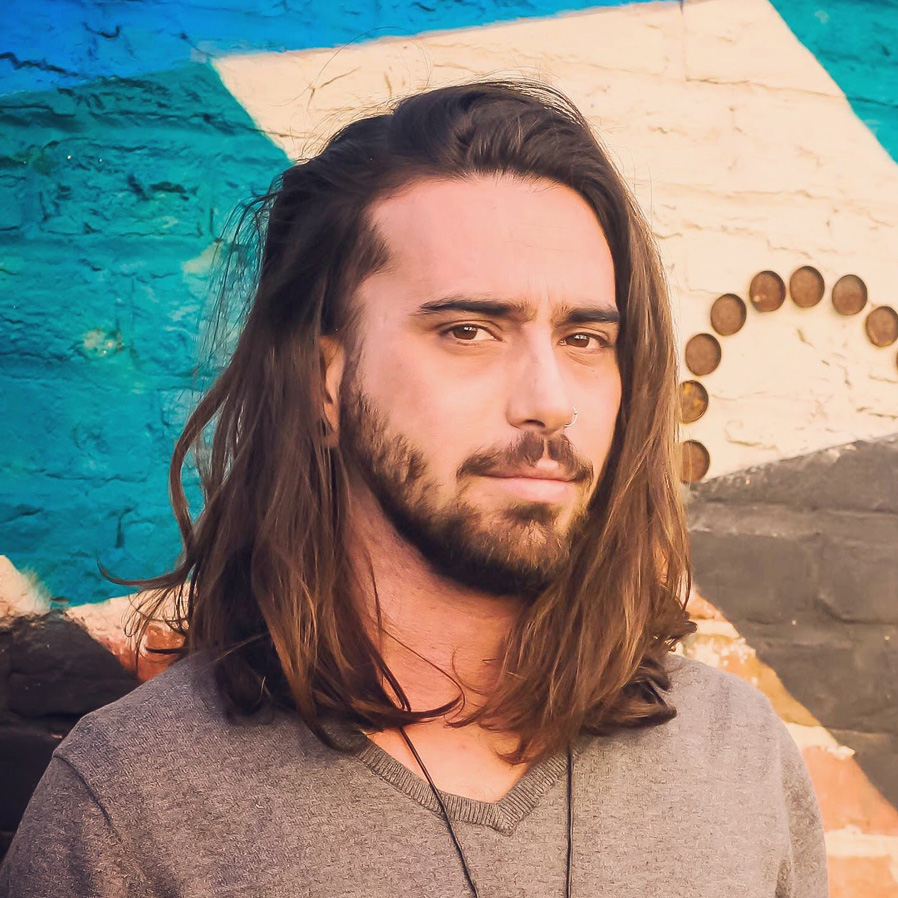 Naomi Davidoff is a costume designer, arts administrator and musician based in Baltimore, Maryland. Naomi joined BROS in late 2011 and was Costume Director from 2011-2015, working on shows such as Valhella, Murdercastle, Electric Pharaoh, and RATS!. In addition to costumes, she has worked as a show creator, writer, composer, and more recently, director. Each year she assists with planning BROS annual Swanktacular gala. Naomi has fabricated costumes and worked backstage for national touring Broadway productions. One of her favorite things is playing guitar in the band Spooled Up. 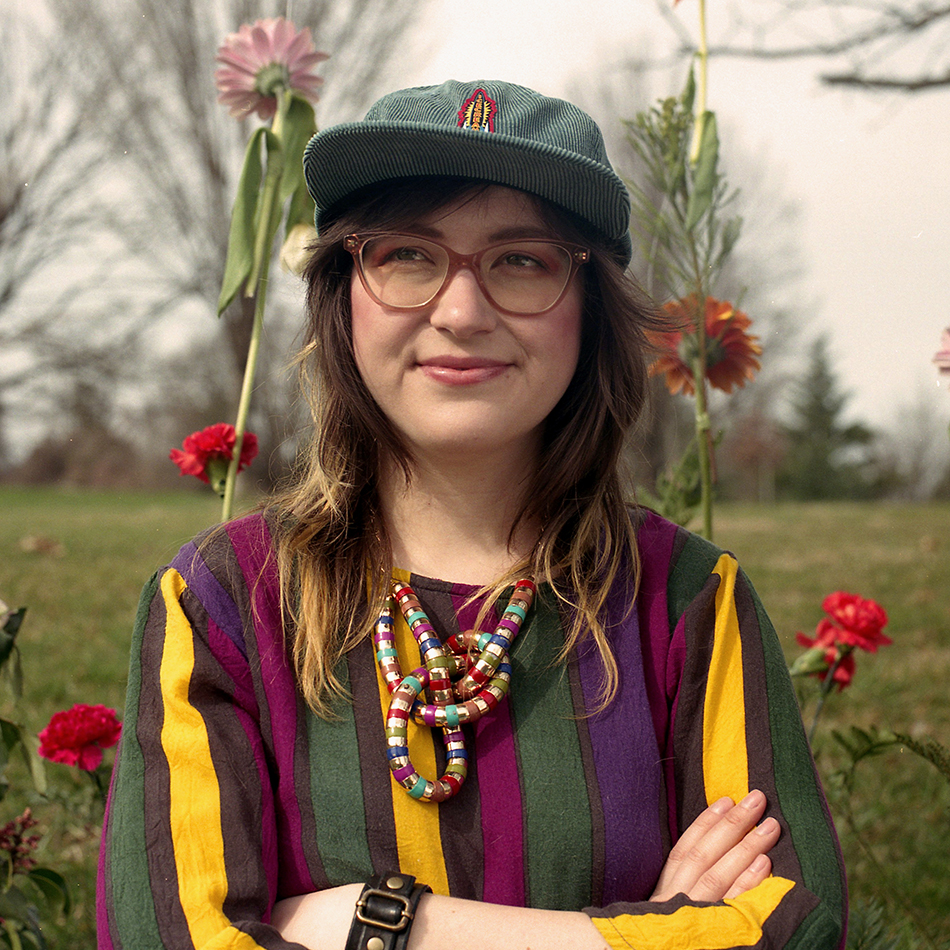 John de Campos aka JD is one of the BROS founders and original Artistic Council members. JD had been heavily active in almost everything BROS produced from its founding until 2016 and continues to this day to find ways to lend support to the company’s creative mission. He has provided leadership in the music department for Gründlehämmer (2009/2014), Valhella (2012), Murdercastle (2013), The Rock Opera 6-Pack (2015), Chronoshred (2016) and more. JD is a father and freelance illustrator/artist under the pseudonym GHOSTBAT and is active in a number of local bands. 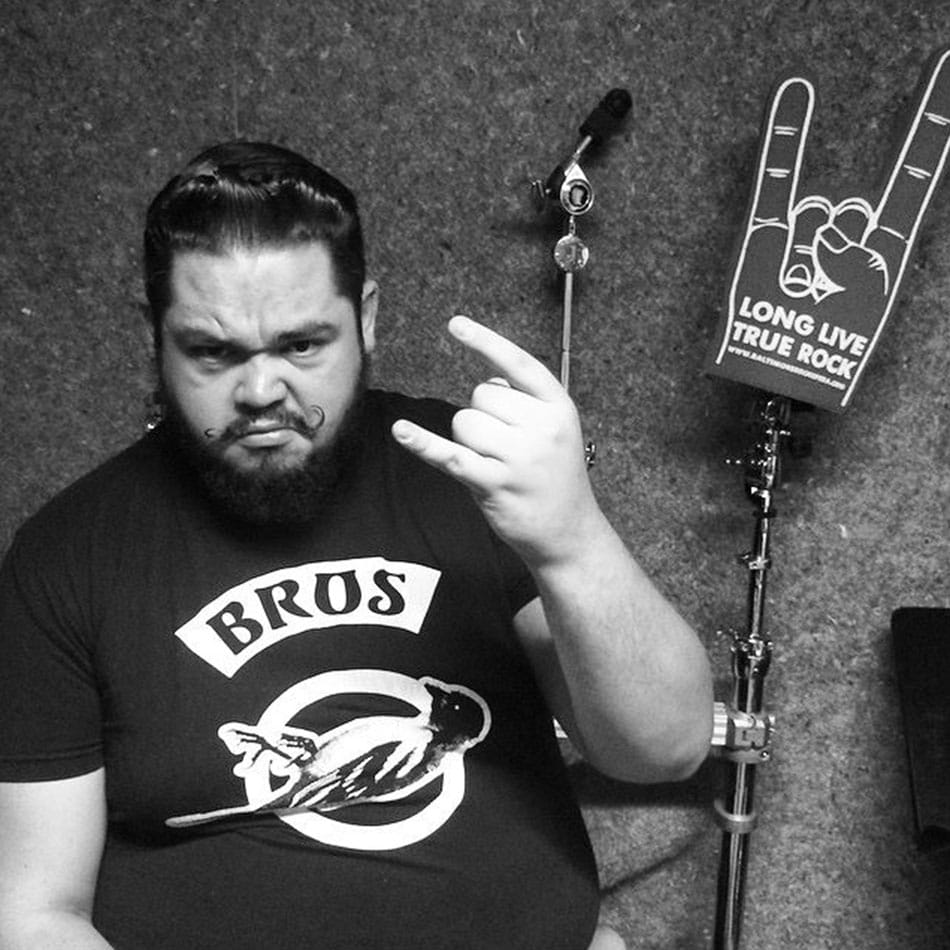 Greg Bowen joined BROS as a sophomore at MICA, and fell in love with it as a way to learn new skills as a performer and artist. 8 years later, Greg has an awesome family, is an owner of the video company Human Being Productions, and does theater and music projects including Trucker Talk, Bedlam Brass Band, and the puppet series The Mother Load. Strengths: a lot of different creative skills, puns, and a very high metabolism. Weaknesses: being ten minutes late to things. 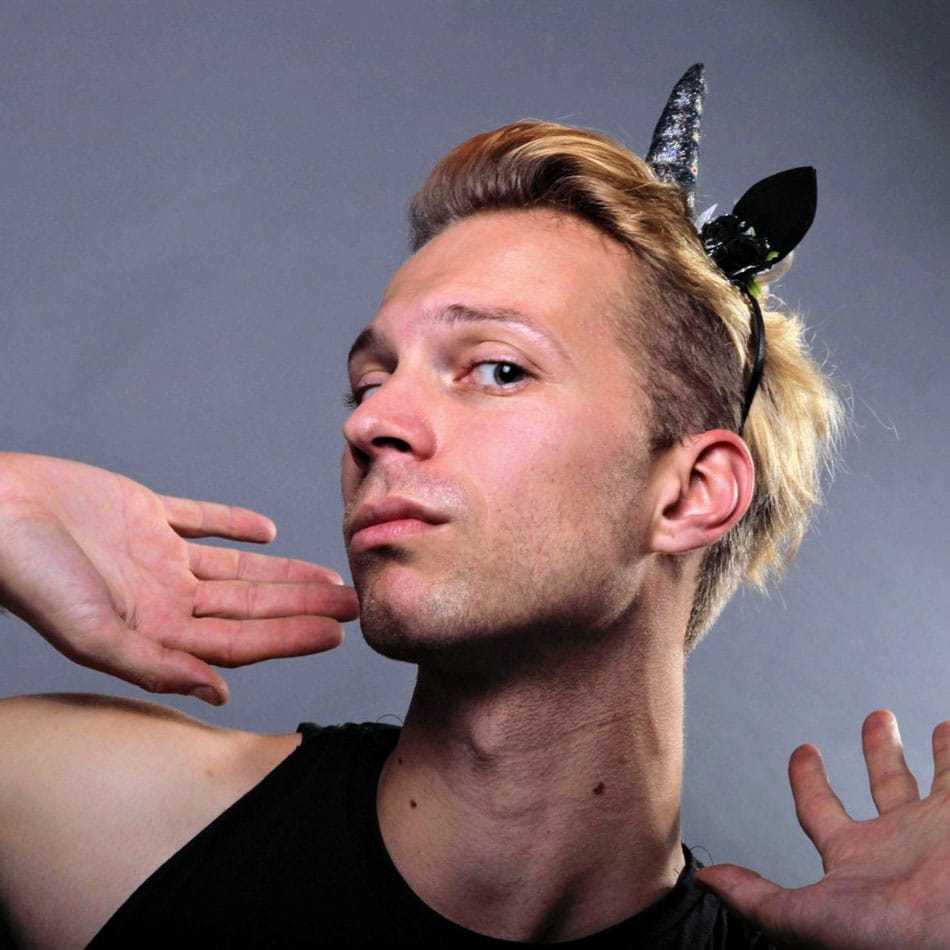 Sarah Gretchen Doccolo has been a BROs volunteer since 2009, from helping to sew OG Grundle's arms and working the first front of house at 2640 to most recently co-directing Incredibly Dead. She is a member of the City Art's Council at the Baltimore Office of Promotion and the Arts where she curates arts education opportunities in the city. Sarah has also collaborated with other theater companies in Baltimore including Single Carrot, Stillpointe, and Submersive Productions. She loves her city, her plants, and her cat, Meowzebub. 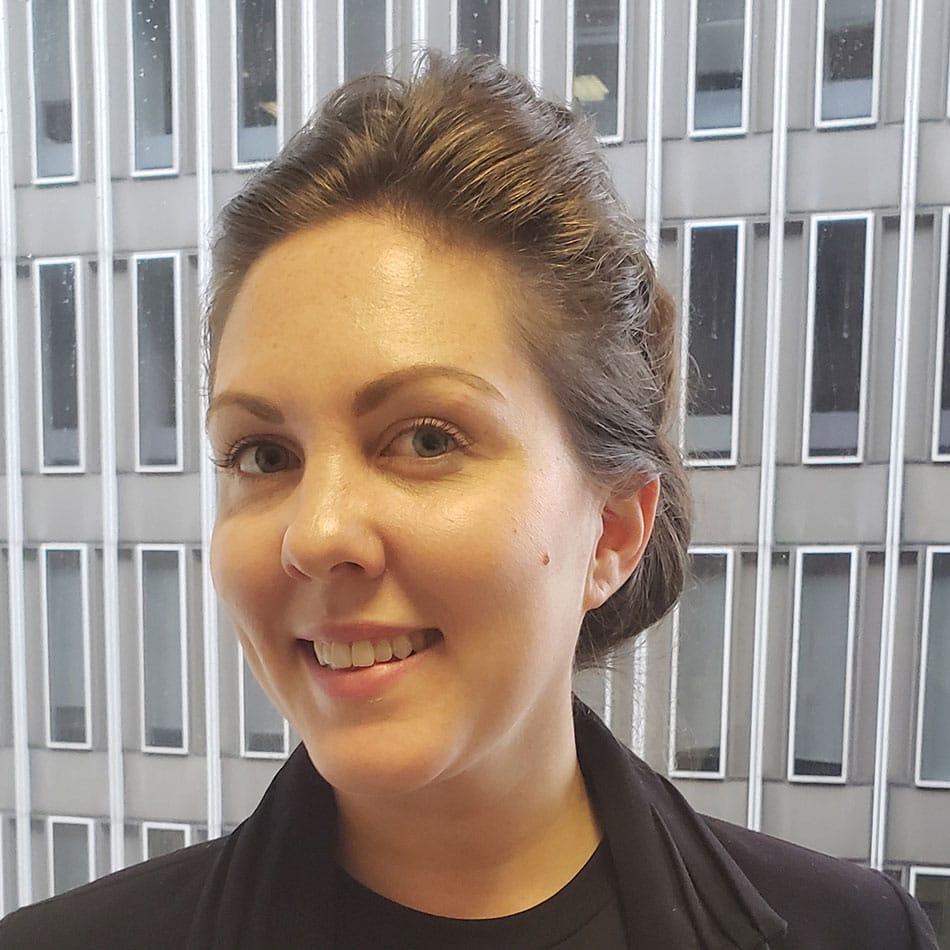 Chris Allen has been the trusty Lighting Dragon for BROS since 2012's Valhella, and he's enjoyed every moment. From touring to different cities with Electric Pharoah, getting to run lights for the staged reading of Gründlehämmer at The Kennedy Center, and helping with lighting the Washington Monument right here in Baltimore, it has been quite a ride for Chris so far. He very much looks forward to the next 7,000 years with the company. When not behind a lighting board for BROs or other theater companies like Single Carrot, Chris can often be found making music somewhere around the city. 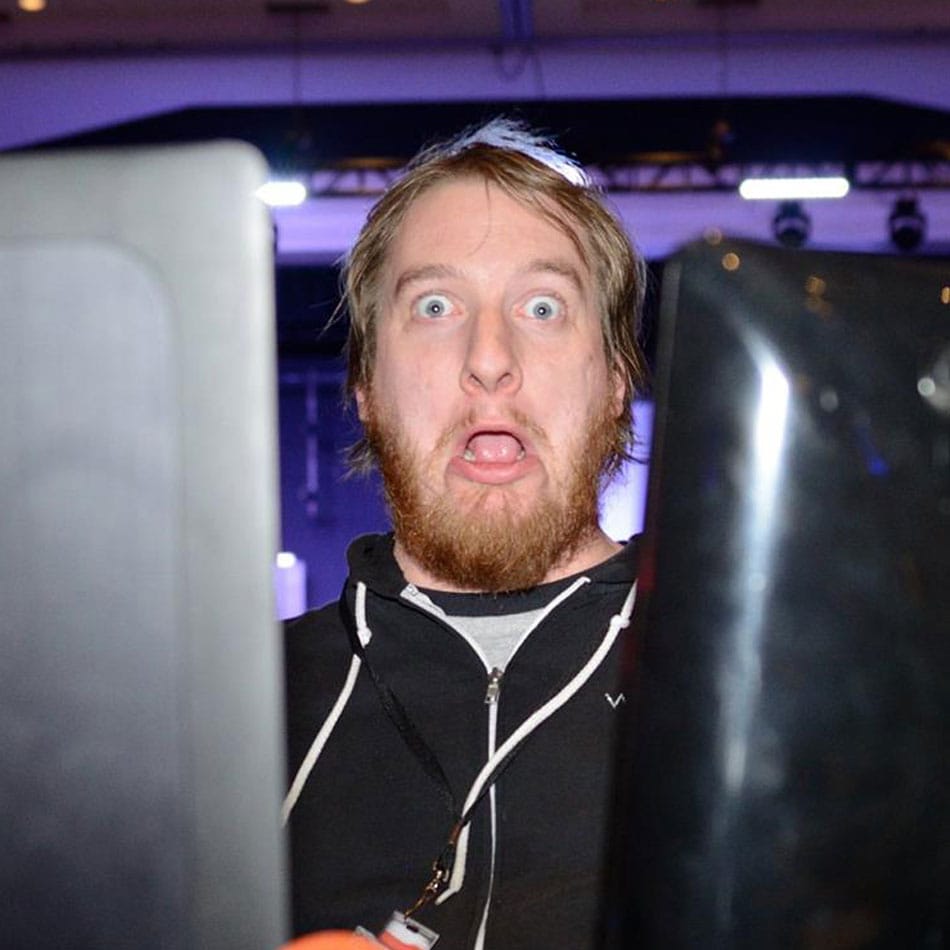 Anna Platis has been volunteering with BROS since 2011, and designing since 2013. Her BROS design credits include Murdercastle (2013), Gründlehämmer (2014), Chronoshred (2016), the Rock Opera 6-Pack (2015), Amphion (2016) and Artistic Director for Space Kümité (2019) an interactive, sci-fi, martial arts, musical experience. Since 2015 Anna has also been the BROS Captain of Special Events, coordinating numerous BROS fundraising events. Anna is also designs professionaly other companies in Baltimore including Single Carrot Theater and StillPointe Theater. In the future she hopes to continue creating more incredible, unique, experiential events. 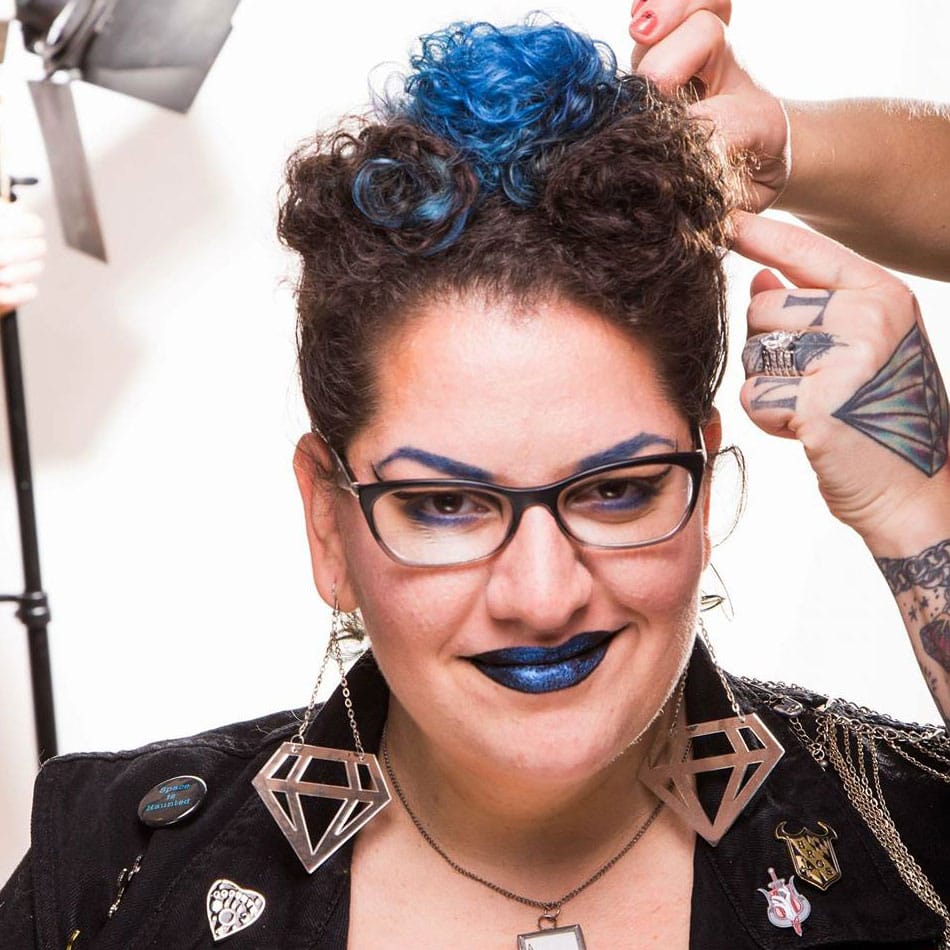 GET INVOLVED
Open CallsJoin BROS
SUPPORT BROS
membershipsponsorshipwall of the righteousdonate




join our newsletter
Thank you! Your submission has been received!
Oops! Something went wrong while submitting the form.