The Terrible Secret of Lunastus

For the human race...

The Terrible Secret of Lunastus is a zany comedy-action romp through the outers of space! The Moon is falling from orbit and on the eve of the Earth’s destruction four astronauts, accompanied by their robot, Android, depart for the planet Lunastus to assess its suitability as a new home for the human race! The creatures they discover there will make them question their free will… and fear for their lives.

The show was performed over four weekends at the beautiful historic Zion Lutheran Church in downtown Baltimore. The Terrible Secret of Lunastus is the third original rock opera written and performed by the Baltimore Rock Opera Society. It originally debuted in 2011 as a part of the BROS Double Feature at the Autograph Playhouse on 25th Street. 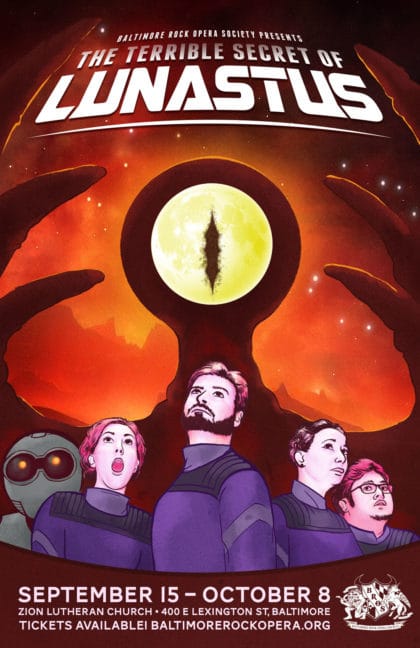 Some of the wildly ingenious things that are created— puppets, lasers, projections, and alien costumes just to name a few— truly defy the most imaginative descriptions, making The Terrible Secret of Lunastus a truly unique and remarkable experience. 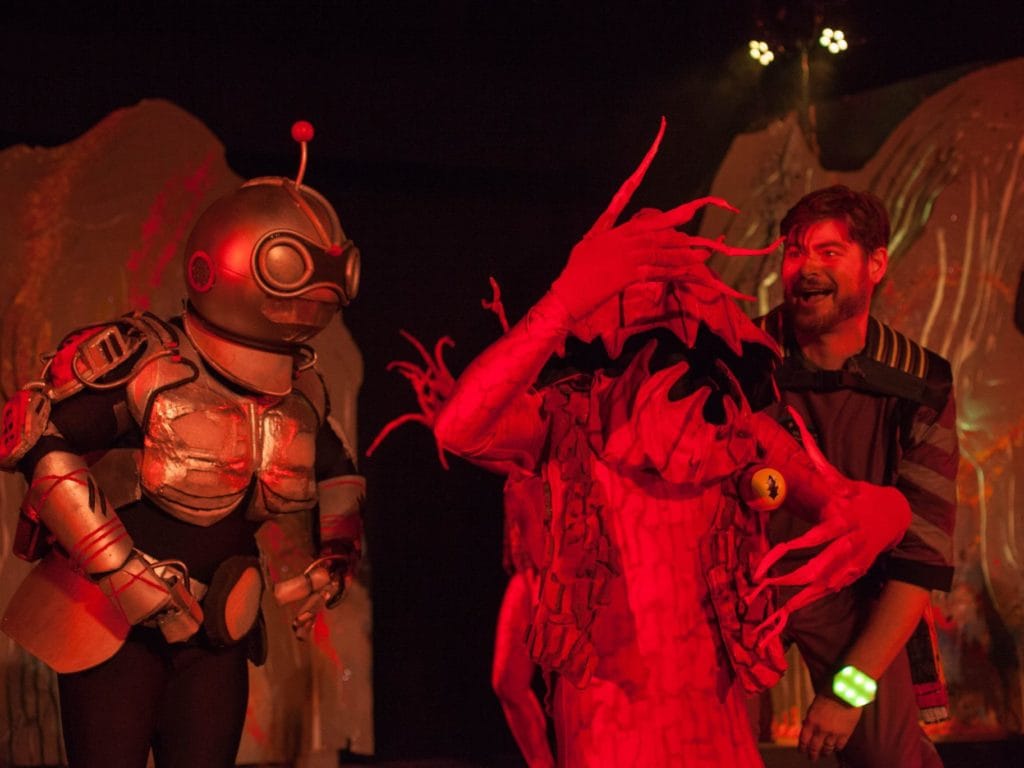 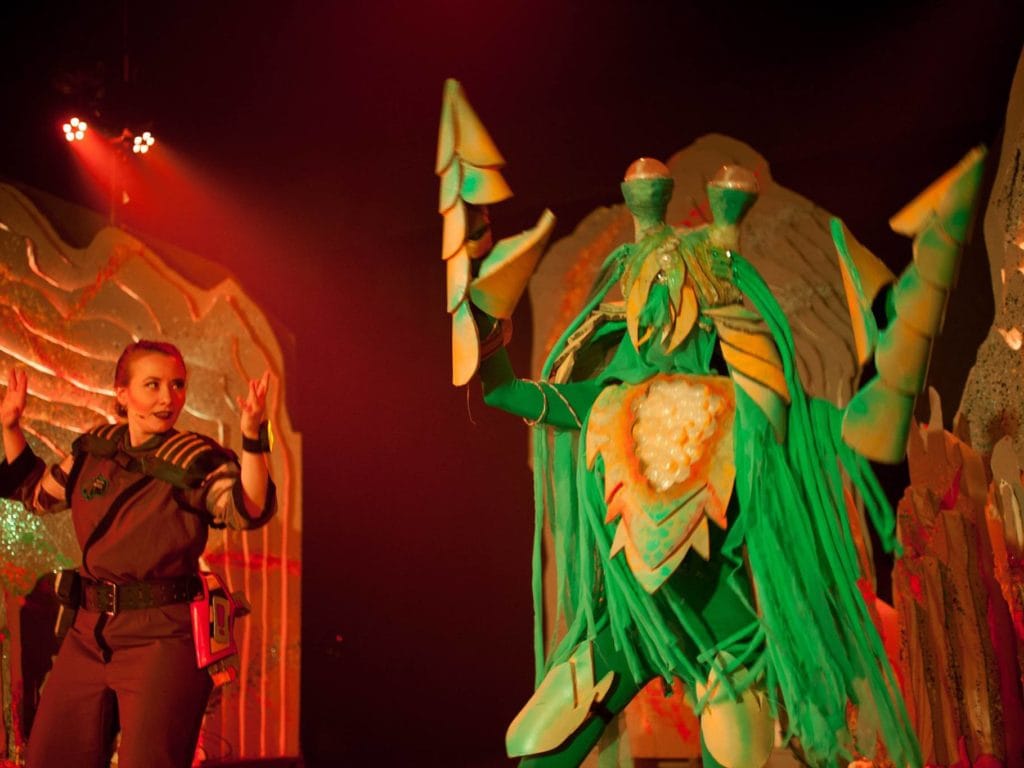 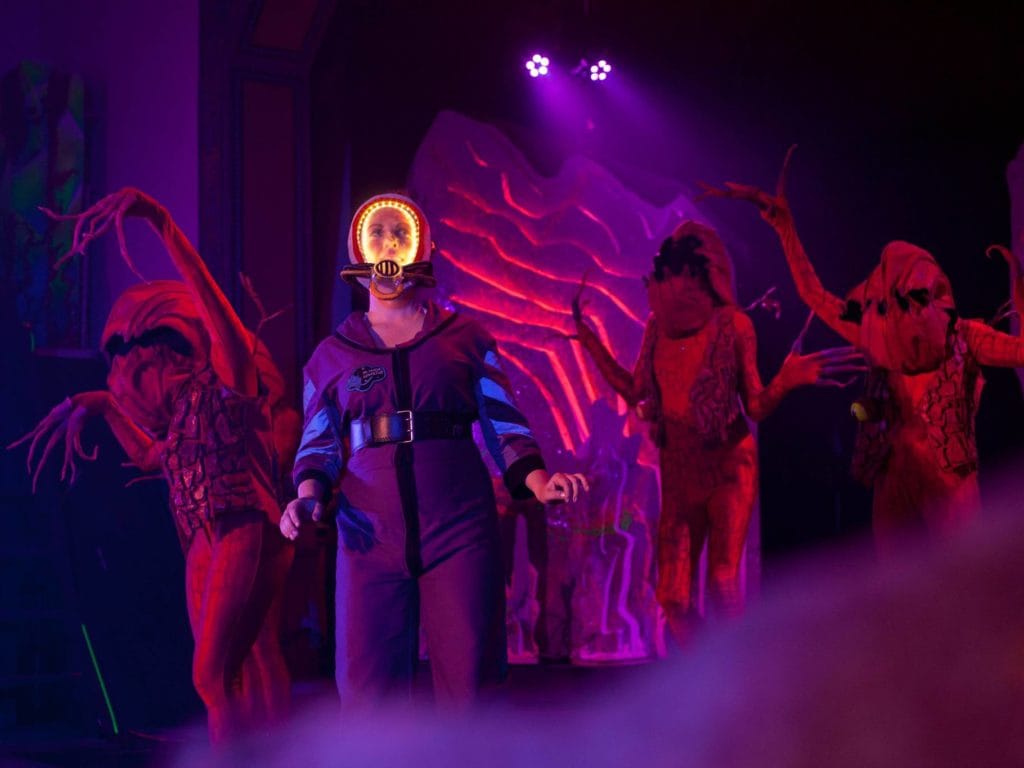 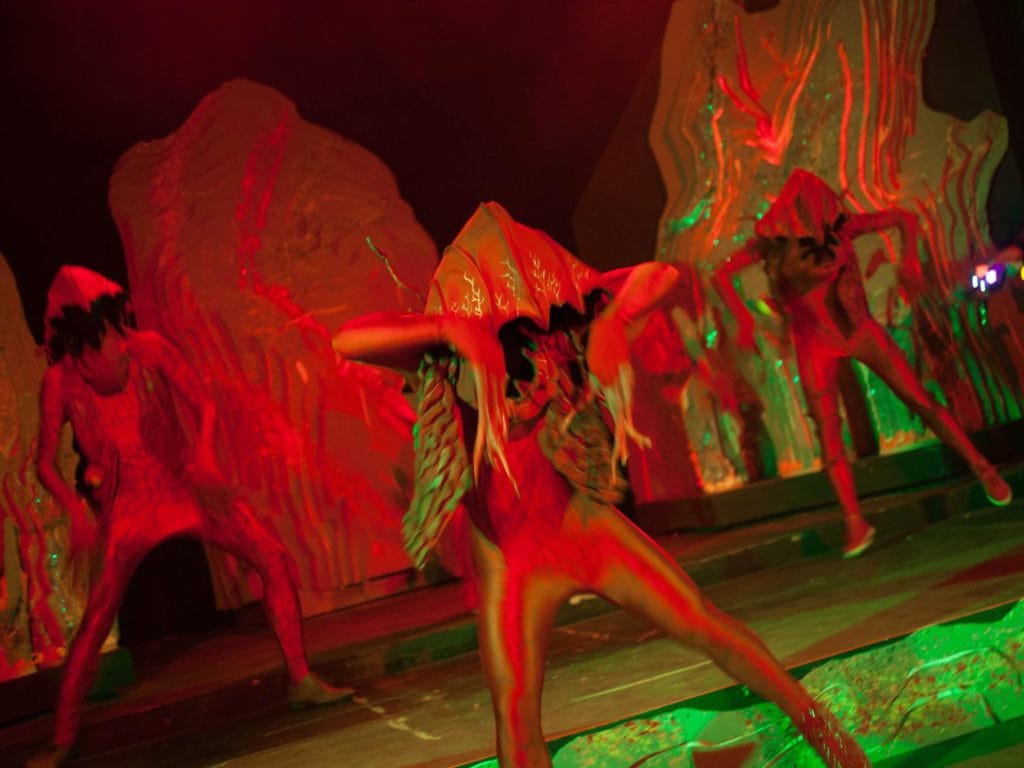 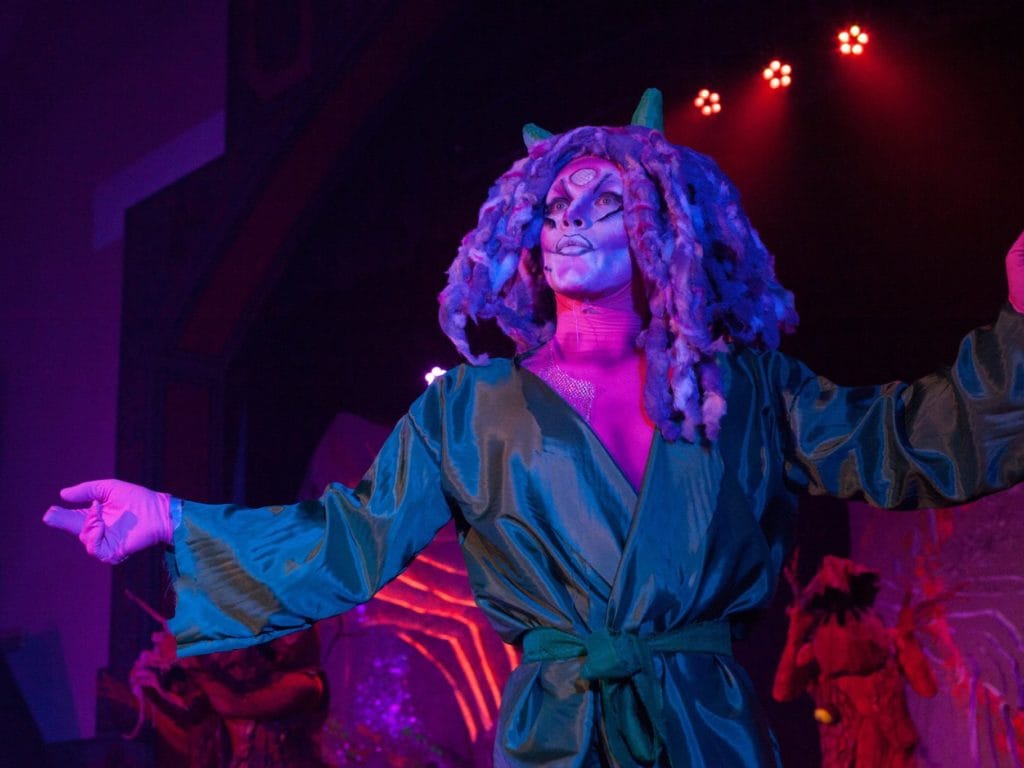 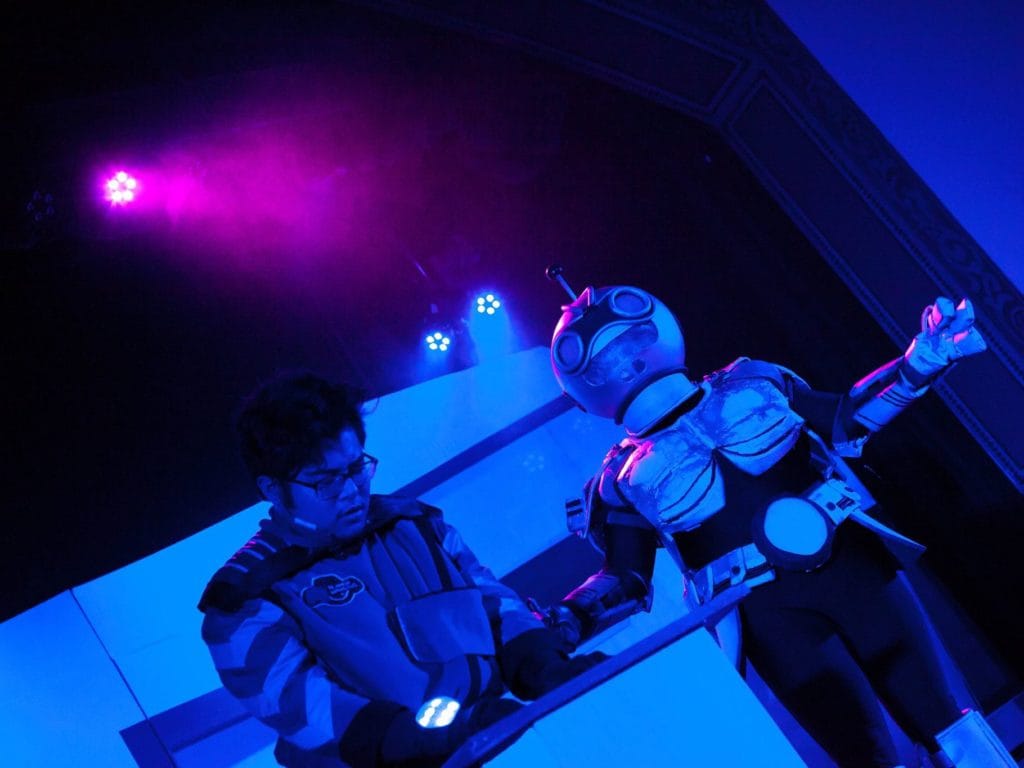 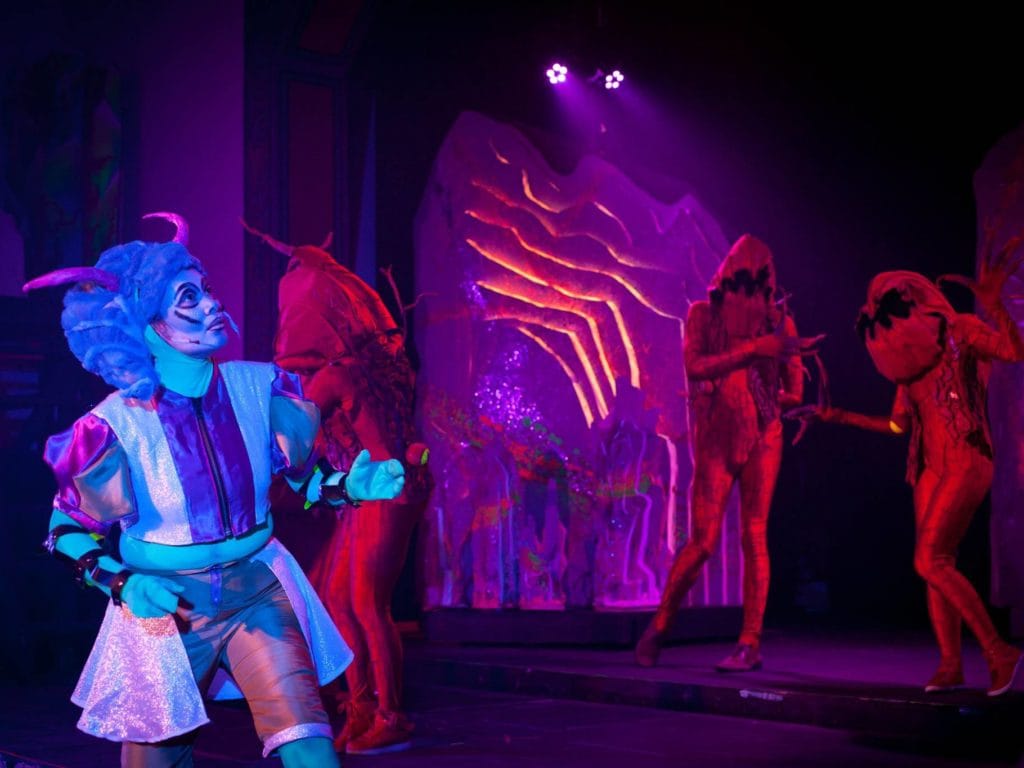 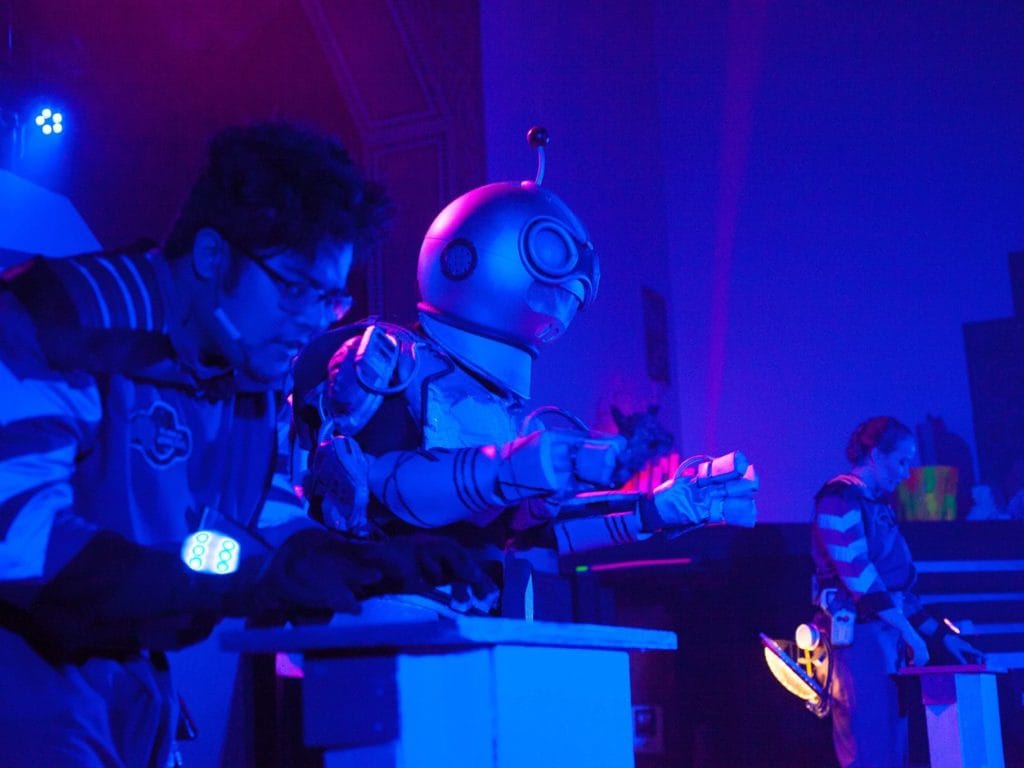 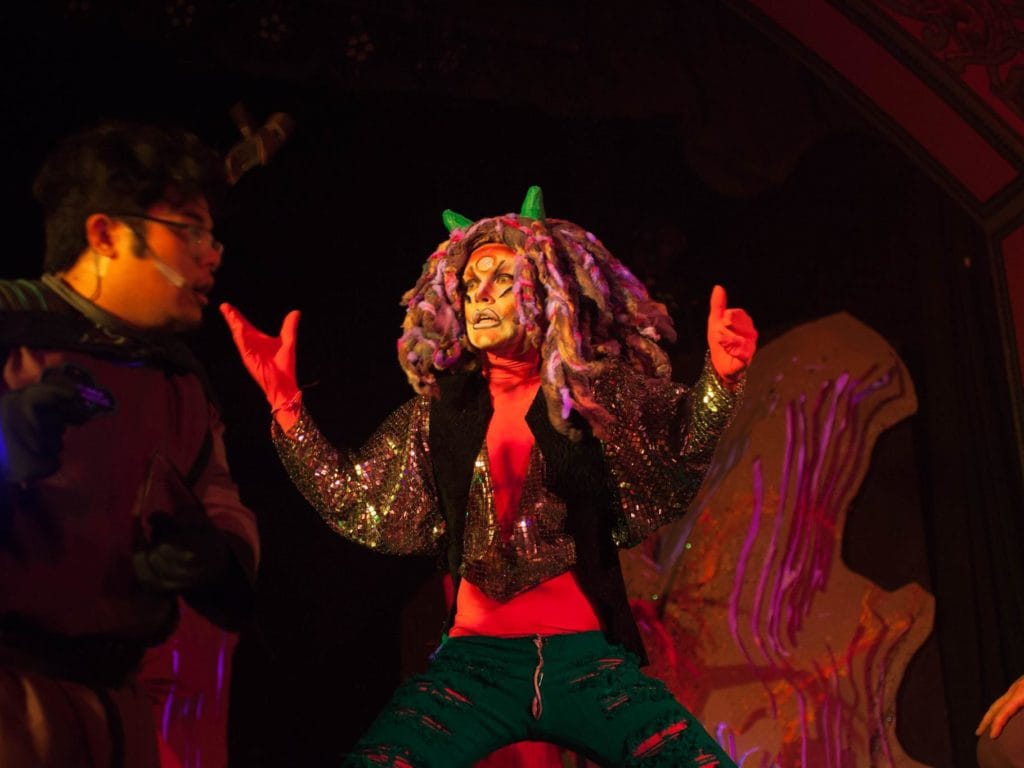