Determination of Azimuth traces the work and career of Katherine Johnson, a black female mathematician who rose within the ranks of NASA to become the chief mathematician responsible for computing paths for manned rocketry on the Apollo program. Katherine’s words and formulas become the elements of of a powerful journey. “Putting rockets into space is the easy part – getting them back home is where it gets hard.”

The Battle of Blue Apple Crossing is a fictionalized account of the legend of blues guitarist Robert Johnson, where religious deities battle for his soul in exchange for musical greatness. The music follows American history from gospel, field spirituals & blues to early rock and roll & garage rock.

Both shows will be fully produced musical spectacles, presented back-to-back, with a live band. The 90-minute presentation will take place at Arena Players intimate space in West Baltimore. Tickets are $20. Don’t miss this historic collaboration between two of Baltimore’s most exciting community performance groups! 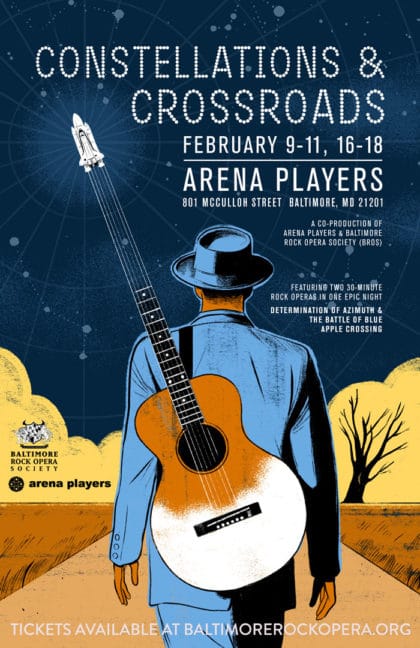 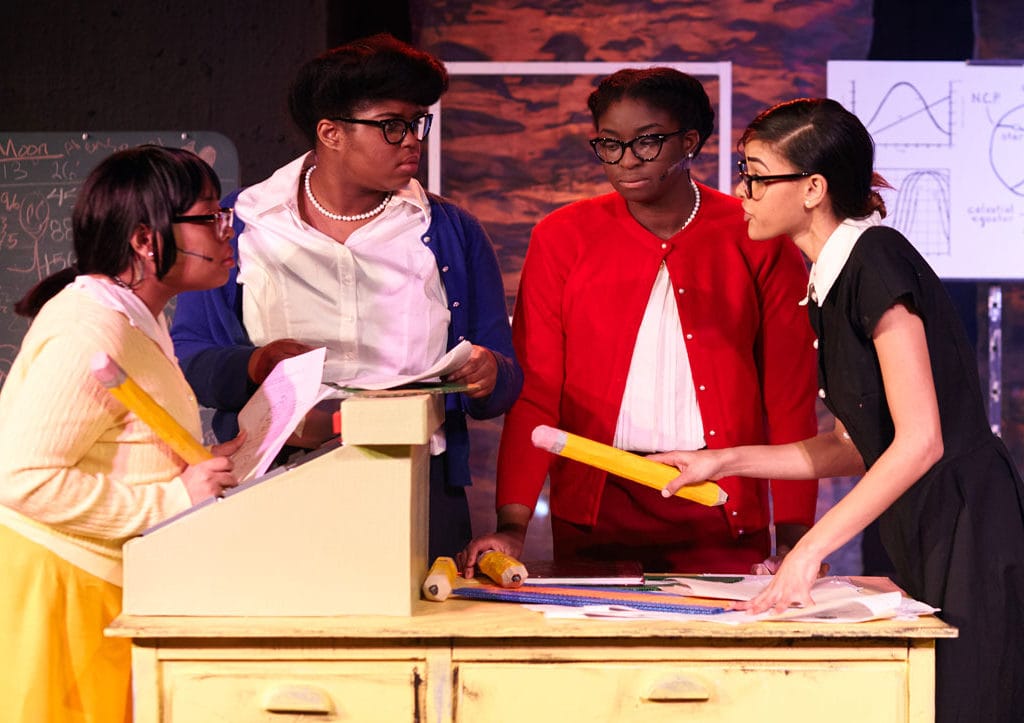 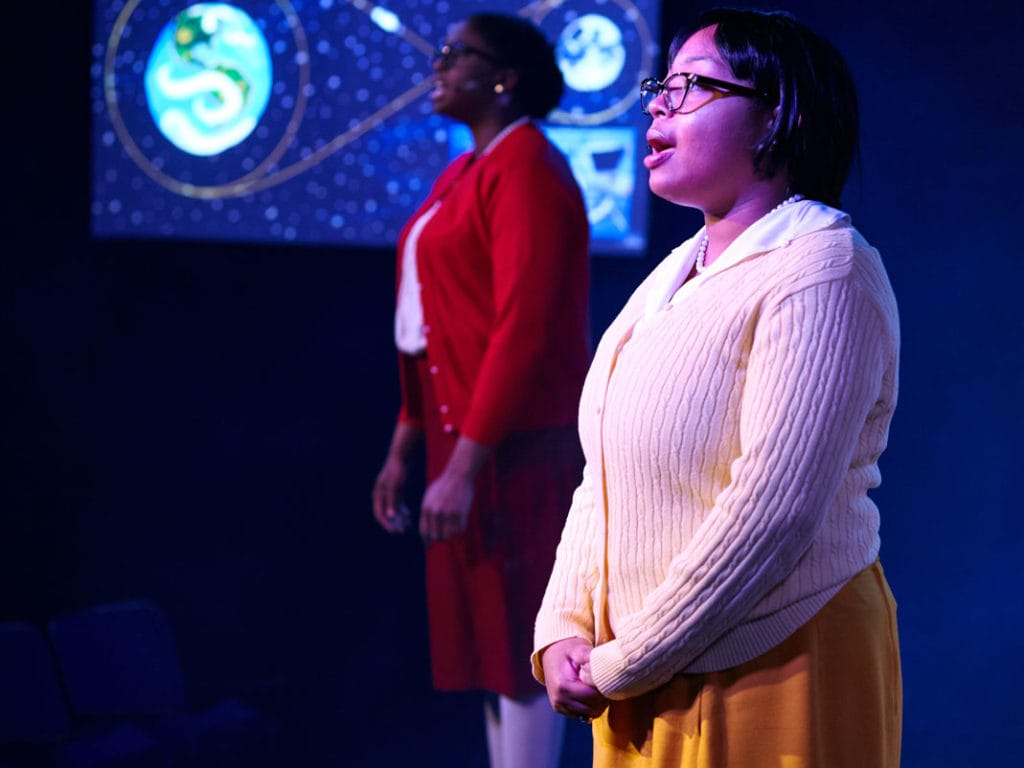 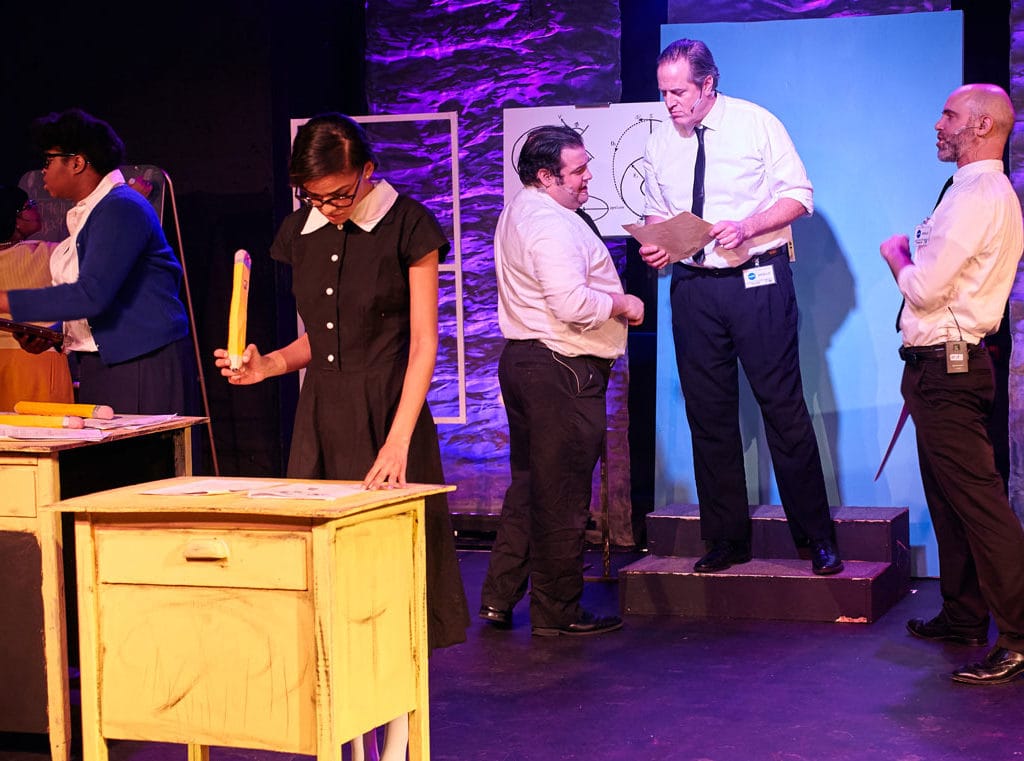 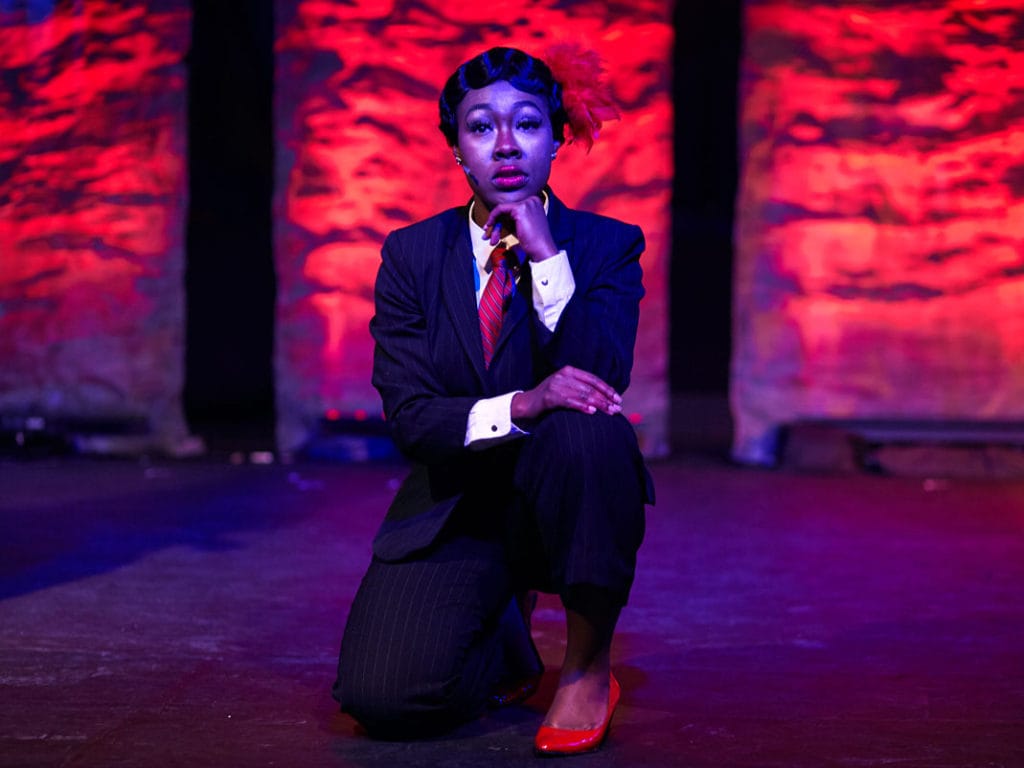 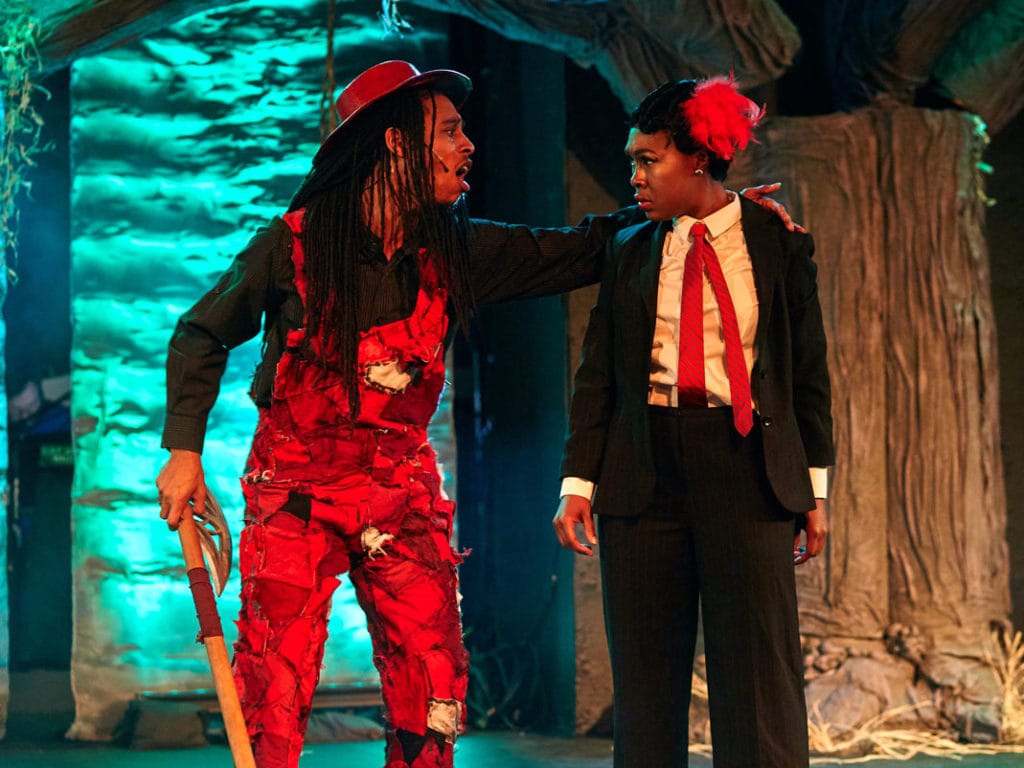 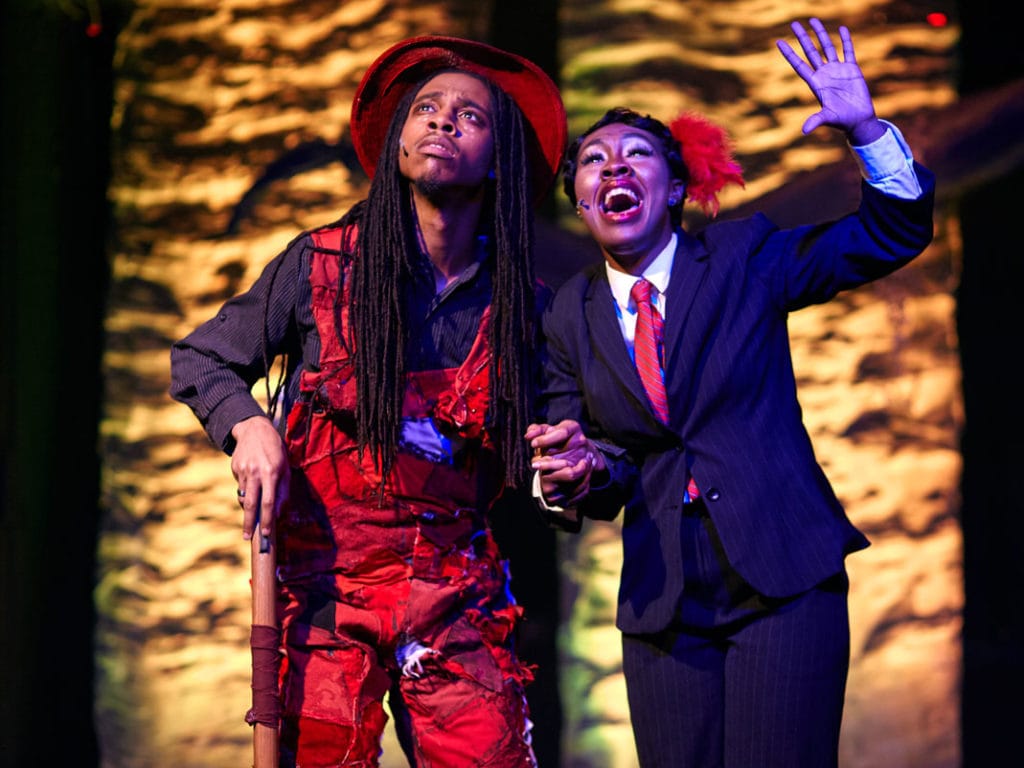 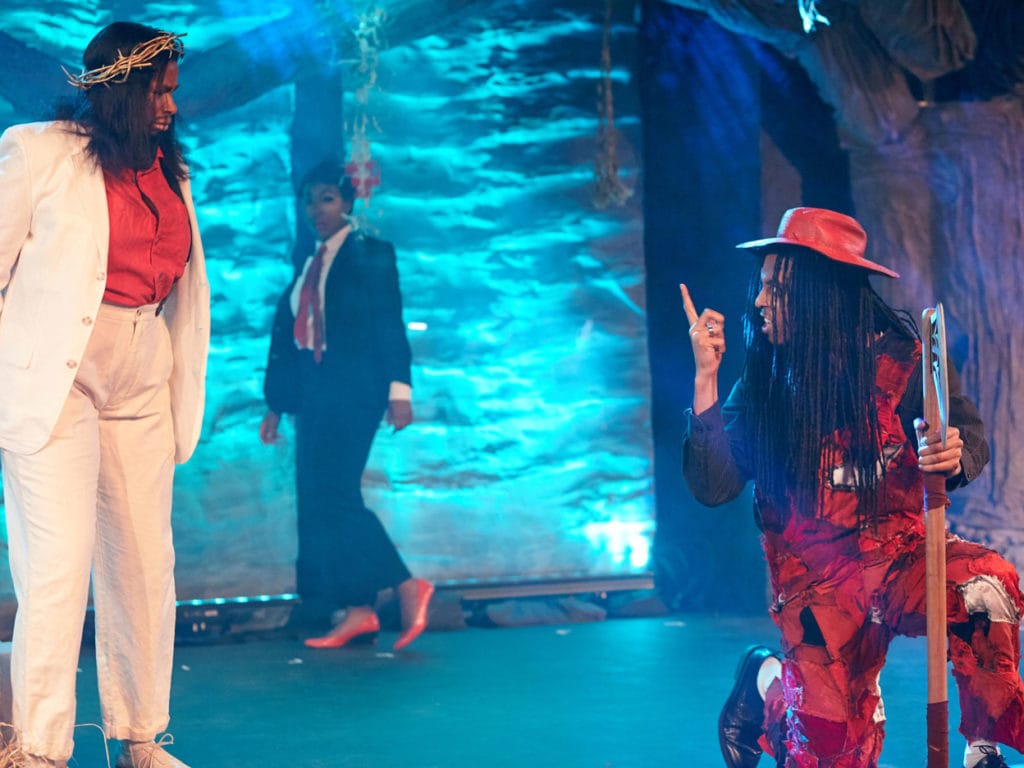